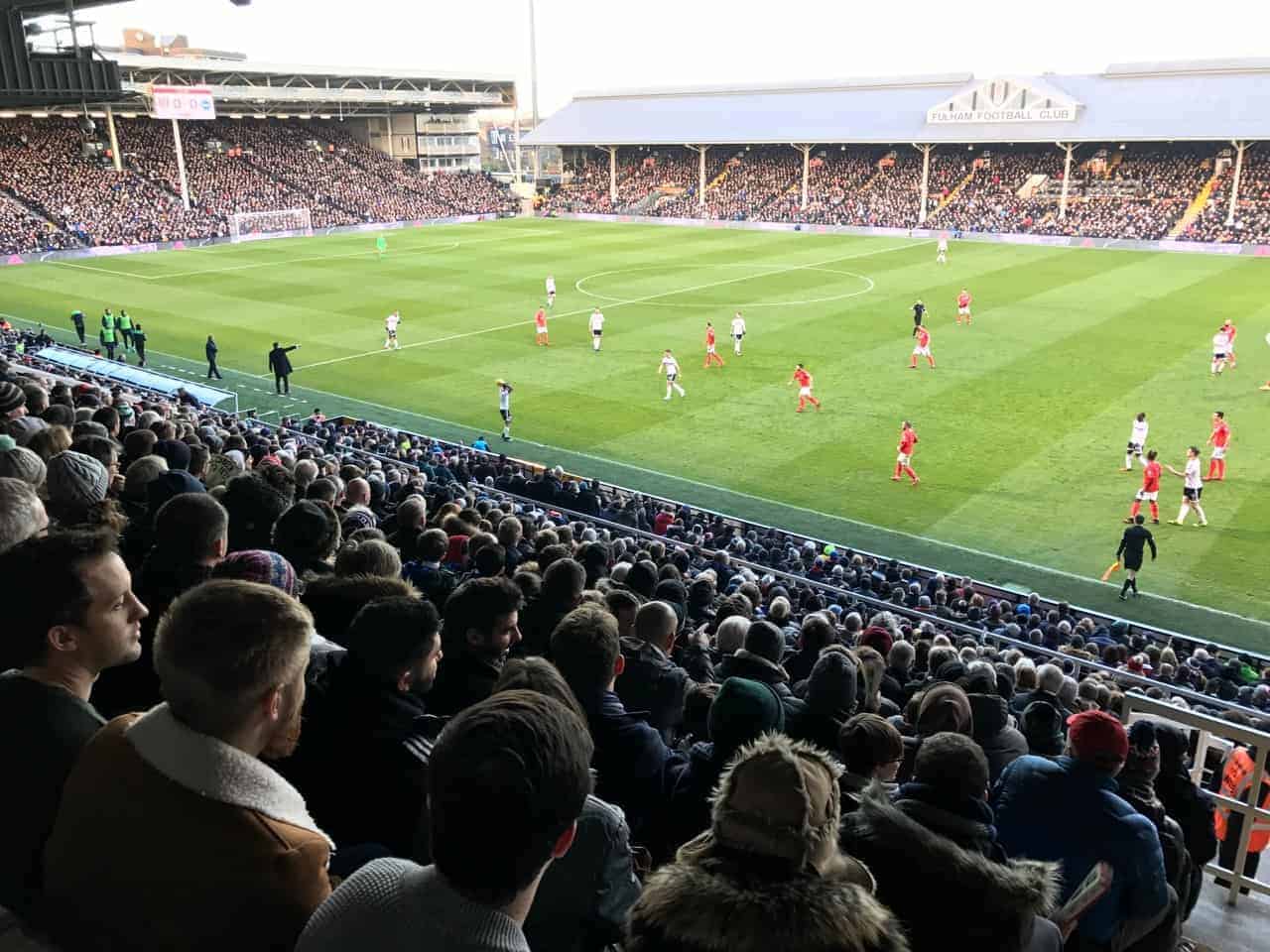 Seems everybody in the world is trying to get tickets to a Premier League game, but here is some advice I wish more people would follow: Forget the Premier League and check out the lower leagues. 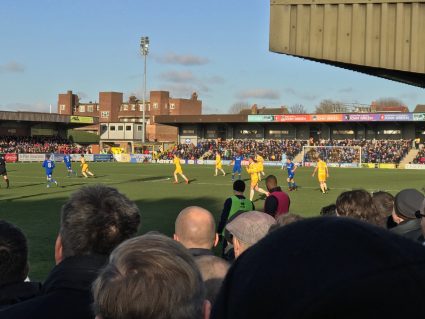 Why? Here are some starters:

But who are these clubs, and what are they all about? Below is an introduction — indeed, an invitation — to the lower-league teams in and around London. See if you can catch a game between any two of them, and you’ll have yourself a treat.

Let’s start in the Championship, which is the second tier of the English football pyramid. And we’ll go in alphabetical order to deflect any charges of bias.

Brentford in West London is the epitome of old-school charm. They are opening a new stadium in West London for the 2020-21 season, and they just missed making the Premier League to help open it. The new ground is bigger and probably less charming, but also probably more comfortable and easier to get to! Here is what I have written about the Bees, when they were still at Griffin Park.

Millwall, in South London and very near the center of town, are back in the Championship this year after winning promotion from League One. They have a reputation for being a rough crowd, but almost all of that is left over from the 1970s. They’re a true working-class club in a stadium, The Den, which is always threatened with redevelopment. And they have one of the great songs in the world, “No One Likes Us.” 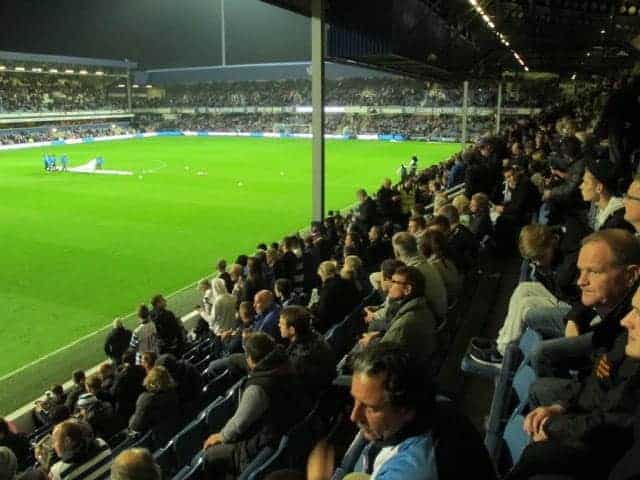 Queens Park Rangers, yet again in West London, will defiantly point out they are, in fact, the only team in West London proper. They play in the coziest of venues, Loftus Road, with 18,000 seats — all of them close enough to hear players shouting at each other when the fans aren’t yelling “Hoops” after scoring a goal. Here is what I have written about the Hoops.

Reading isn’t technically in London, but it’s only an hour by train from Paddington Station, so I am including them here. The town is lovely, and while the stadium is one of these new ones on the edge of town that may lack character, another way of saying that is that it’s modern, clean and comfortable. See if you can catch them playing rivals Oxford in a cup tie.

Wycombe Wanderers are just west of town, like their rivals Reading, and are spending the 2020-21 season in the second tier for the first time ever. It’s an easy train ride to High Wycombe, where frankly there isn’t a lot to do. But it’s a nice little stadium and will be a really fun place when the fans can get back in to celebrate their newly elevated status. Here is more on the “Chairboys.”

Luton Town, just under an hour north of London Euston Station, have the wonderful nickname The Hatters. That would be because Luton was known for making hats. They have played at Kenilworth Road (now 10,000 seats) since 1905, and in all that time, the main thing of note they ever did was beat Arsenal to win the 1988 League Cup. They certainly haven’t spent much money on Kenilworth Road! Luton, just under an hour from St. Pancras in London, is now mostly known as an affordable bedroom community for London workers.

Watford spent many years in the Premier League but tumbled out of it in 2020. This means a few things: 1, a very easy day out from Central London in a great ground that combines old and new touches; 2, easier ticket access; and 3, the return of their rivalry with Luton Town, which apparently is a really intense affair. It also hasn’t happened since 2006, so I really hope to see this one in person at either place! Here’s a post on my hospitality packages at Watford.

AFC Wimbledon are an inspiring story. The original Wimbledon FC was moved to Milton Keynes in 2004, thus becoming MK Dons. And while this is familiar to Americans, it’s bizarro in the least to Brits. So the Wimbledon fans started themselves a new club! They play in a tiny ground called Kingsmeadow, and yes, they are in that Wimbledon, a lovely area in Southwest Greater London. And they expect to open a new stadium soon. 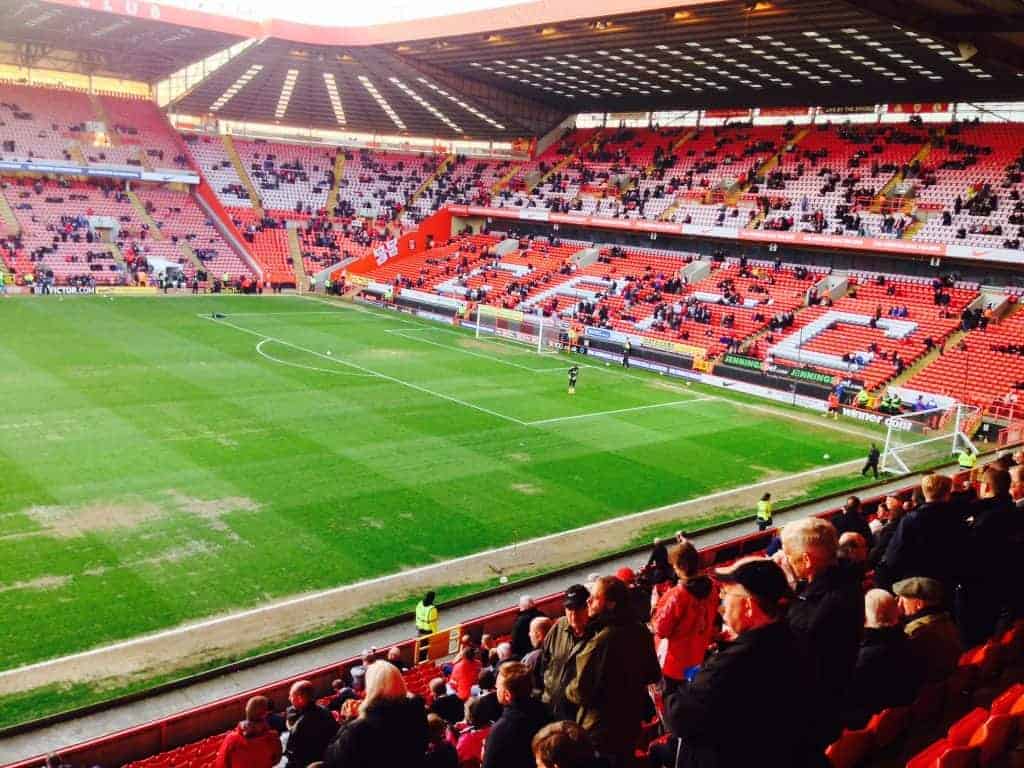 The Valley at Charlton Athletic.

Charlton Athletic, with the curious nickname The Addicks, reside in South (and East) London, not far from West Ham United. Although their stadium, The Valley, is impressive and holds 27,000 people, they really feel like a local club. You get off at the train station, hit up the local cafe or pub or chippie, and head in with the other locals. As for that nickname, it appears to come from the local pronunciation of haddock; a local fishmonger used to give the team haddock and chips after games.

Oxford United, like their rivals Reading, are also just an hour from Paddington. And besides, any tourist will want to see Oxford, the university town known as “the city of dreaming spires.” Take a hop-on hop-off bus tour of the town, admire the world’s oldest university, and then head down to see an up-and-coming club in their 12,000-seat stadium. Here is what it was like when I went there.

MK Dons, speaking of the former Wimbledon, took their club and nickname to the “new town” of Milton Keynes. That’s a town that didn’t exist until 1967 and was part of a massive effort to relocate areas bombed out during World War II. So it’s a new club in a new town; naturally, they have a new stadium, the 30,000-seat Stadium mk, which opened in 2007. I get the impression that Brits don’t really know what to make of MK Dons; their rivalry with AFC Wimbledon is sometimes called “The Derby That Shouldn’t Exist.”

Cambridge United is in that Cambridge, the tourist mecca about an hour north of London. It’s got the university, the river, the old pubs, all of it — and a fun, friendly club with an old-school stadium. Read more about them here.

Crawley Town is another of the New Towns like Milton Keynes, and their little club plays at the friendly 6,000-seat Broadfield Stadium. They have only been in the Football League since 2011, the same year they lost to Manchester United, only 1-0, in the FA Cup Fifth Round. Crawley is near Gatwick Airport, about an hour south of London Bridge Station. 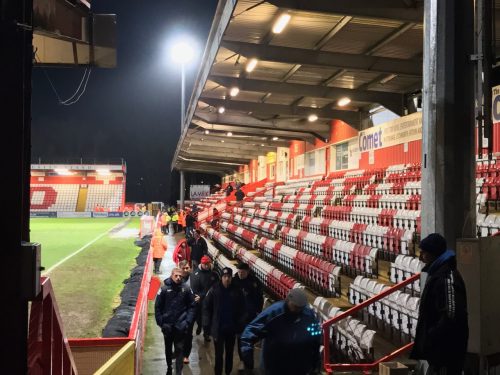 Stevenage is in another such bedroom/suburbia town, and in fact they have quite a rivalry with Luton Town. There is actually an Old Town in Stevenage, as I found on my visit there, but the stadium is across from a car dealership, and my taxi driver there told me that quite literally nothing happens in town. The games are fun, though — proper terraces and all, with singing and illicit booze et al.

Leyton Orient were in the Football League for many years until 2017, when their lame owner nearly finished the job of nearly destroying the club by getting them dumped into the National League. But they made it back, with new ownership, in 2019. They have a great little stadium in the East End, where I took a Groundhop Crew on New Years Day 2019.

These are just a few I’ve actually been to:

Barnet is a little club way up in North London, not far from Wembley Stadium. Around it are a tube station, a pub, a couple of restaurants … and that’s about it. Also an AirBnB where I had an awkward experience while attending a non-game at Barnet. So it’s at least an easy one to deal with, and I need to get back and check it out. They are in the National League.

Dulwich Hamlet is a great little club in a rapidly-gentrifying South London area. They play in the National League South, at tier 6 of the pyramid, and I saw them play on Boxing Day 2019, when they returned to their home ground after a rent dispute.

Boreham Wood are in the National League, tier 5, and play in a suburb north of London which is also kind of the Hollywood of the UK. It doesn’t have a walk of fame or anything, but there are some famous studios up there. Also the biggest McDonalds I’ve ever even heard of. Here is my visit there for an FA Cup game.