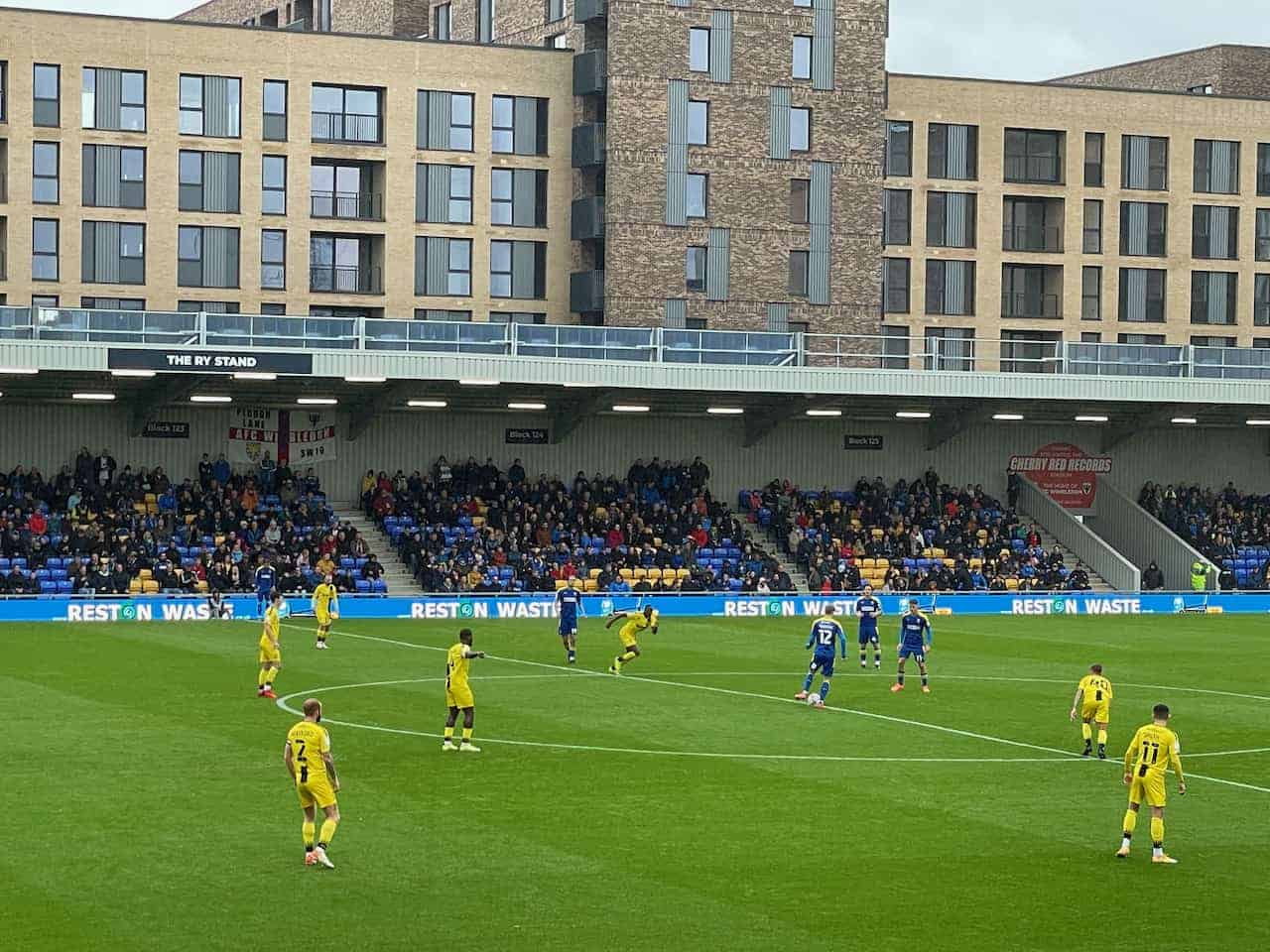 The story of AFC Wimbledon is one that many Americans won’t know, but on the occasion of their return to Plough Lane this week, it’s one that I encourage you to learn.

(Some of this is drawn from the Wimbledon chapter of our book, The Groundhopper Guide to Soccer in England. Find out more and buy the book here.)

Who is AFC Wimbledon?

First, yes, this is about football, not tennis. There is a place in South London called Wimbledon, which is home to a famous tennis tournament. But there was also a famous soccer club there: Wimbledon FC, who existed from 1889 until 2004 and played their games at a ground called Plough Lane in Wimbledon.

They rose through the ranks, made the Football League in 1977, and then remarkably made the top division. They won the FA Cup in 1988, were founder members of the Premier League in 1992, and then got relegated in 2000.

For some history, here’s a home game from the old days, in 1987 vs Arsenal.

Fun fact: The scorer of Wimbledon’s third goal that afternoon was Vinnie Jones, who went on to be a tough-guy actor in films like Escape Plan with Sylvester Stallone and Arnold Schwarzenegger.

After relegation, financial troubles came, and the owner decided to move the team. Americans read this and say, “Yeah, no big deal.” But to the English it was… well, there aren’t really words for it. It had never happened before, and hasn’t since. But move they did, to Milton Keynes, and they changed their name to MK Dons.

That club still exists, but I have heard from English groundhoppers who actually refuse to go there, such is the animosity that MK Dons engender.

Wimbledon Rises From the Ashes

Then in 2002, Wimbledon’s supporters did something great: they started their own damn club! They picked a manager and uniforms based on the original. They had tryouts and picked a team from the 230 guys who showed up. And then AFC Wimbledon entered the Combined Counties League Premier Division; that would be tier 9 of the pyramid, where attendance averages about 50. Wimbledon averaged more than 3,000.

They won five promotions in nine seasons, culminating in 2011, when they beat Luton Town to get into the Football League, thus becoming the only team established in this century to make the League. They are now in the third-tier League One, and for a while were a league above their zombie former selves, MK Dons!

This videos tells the basics well but also adds an amazing piece to it: that the American author and YouTuber John Green sponsors a stand! More than worth 14 minutes of your time:

All this time, though, the new AFC Wimbledon didn’t have a stadium of their own. They weren’t even in Wimbledon! They were in Kingston, sharing a ground with Kingstonian FC, and while it was a fun place to go, it wasn’t home.

Now that has been resolved. The club got permission to rebuild on the actual Plough Lane in the actual Wimbledon, and while the new ground is about 250 yards from the site of the old one, it is still home. The new ground holds 9,300 but can be expanded to 20,000!

This week saw Wimbledon’s first home game at the new Plough Lane — sadly, still without fans, although some showed up outside anyway. It was a 2-2 draw with Doncaster Rovers, but I don’t think anybody will mind the result.

This terrific video from Copa 90 tells the whole story well:

Their current manager, Glyn Hodges, played for the great Wimbledon teams of the 1980s and told The Guardian newspaper a fun story: ““In the old days, I used to get the train to Haydons Road and go to a sweet shop before matches. We also used to spend quite a lot of time at the dog track and go banger racing there as well on Saturday nights, which is where the new ground is. It’s all quite surreal.”

The Guardian also has some great photos from the opening game, including cardboard cutouts of those very dedicated, and very satisfied, AFC Wimbledon fans.