Sometimes I believe we overthink things like movies and football, and we forget they are supposed to be good, clean, even silly fun. If you need a reminder of that, watch the Shaolin (Kung Fu) Soccer movie.

Even if you know nothing beyond the title — which, for the record, was Shaolin Soccer in Hong Kong and Kung Fu Soccer in some other countries — you probably know what you need to know. There will be high-flying kicks of both ball and man. There will be over-the-top visual effects. There will be a beautiful woman who will fall in love with the hero. And, of course, there will be heroic victories over evil enemies — in this case, a team actually called Team Evil.

Movies like Shaolin Soccer, which you can rent on Amazon Prime, don’t worry too much about things like plot or character development, because who cares? Let’s just fly around, kick the ball so hard it bursts into flames and/or digs a trench in the ground, and then have somebody causally save it anyway, while gracefully hanging from the crossbar in the top corner. 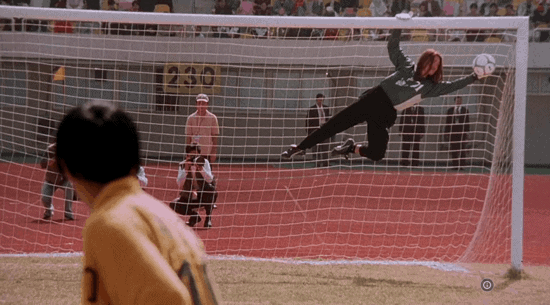 If you think this was impressive, you should have seen the shot he saved!

The fun is built upon a foundation of martial arts movie and other stereotypes: we’re gonna get the band back together, bring the old master(s) out of retirement, gather up a bunch of misfits to take on Team Evil, win a pretty girl’s heart, endure a few tragedies, and then use our rediscovered special powers to make the whole world a better place.

Oh, and dance and sing a bit on the way. Plus throw in a scene of somebody training with a ball against a wall which will remind you of Forrest Gump playing ping-pong, but with concrete-crushing power.

If you’ve seen Kung Fu Hustle — and you must — this may all sound familiar, because much of the Shaolin Soccer cast, as well as the director and writer Stephen Chow, are the same. Where that film has a nasty old chain-smoking woman who can yell so loud she destroys buildings, this one has a midfielder (I think — positions are a bit unclear) of similar girth who flies around and occasionally crushes people.

His teammates have names like Iron Head, Mighty Steel Leg, Light Weight, Hooking Leg, Steel Shirt, and Empty Hands. Empty Hands is a goalie who fends off an 11-v-1 penalty kick … for a while.

Since this is a kung fu soccer movie, you will also see goals, direct from kickoff, that will be so spectacular the audience (well, I) will shriek with laughter — and yet so fast and mysterious that the other team will be struck dumb and confused. And then lose, 40-0. 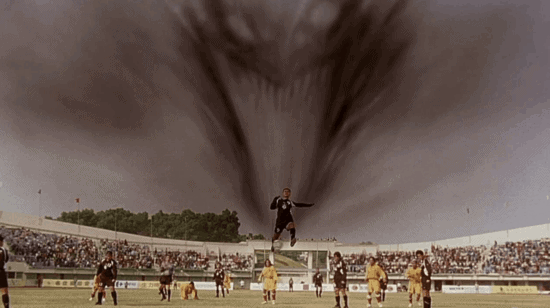 You will also see someone get a yellow card for smoking a cigarette, then put it out in the ref’s hand — which will, in turn, be about the fifth-worst thing to happen to a referee in the movie.

You will hear lines like, “If you insult me again my whole family will commit suicide in front of you,” and after a big win the hero, wearing No. 10 of course, will say, “I want to say hello to my parents and my Shaolin master, but they are all dead.” The complete lack of back story to this line only makes it that much more fun.

It just goes on and on. I honestly quit taking notes for this review because I just wanted to enjoy myself.

This trailer gives you a good idea.

How to Watch Shaolin Soccer

One important note about watching Shaolin Soccer: after its original release in Hong Kong, it was delayed a couple of years in the US and then released in a dubbed version which was also shorter. (Some internet research leads me to think it was less violent and bloody.) That’s the version in the trailer above, with the dubbing. You can also see Shaolin Soccer streaming on the internet, but not in English.

Just make sure the one you watch, like the one on Amazon Prime, has the original audio with English subtitles. I am sure something is lost even here, but I think movies like Shaolin Soccer should be seen and heard in as close as possible to their original form.

Just remember, as this fine and silly film will remind you, in the end it takes a team to win. And it also helps if your goalkeeper can become 10 people at once and your center forward has an overhead two-footed kick strong enough to crumble brick walls. 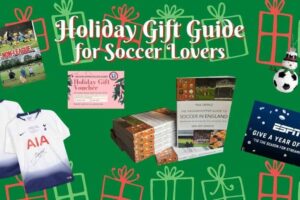