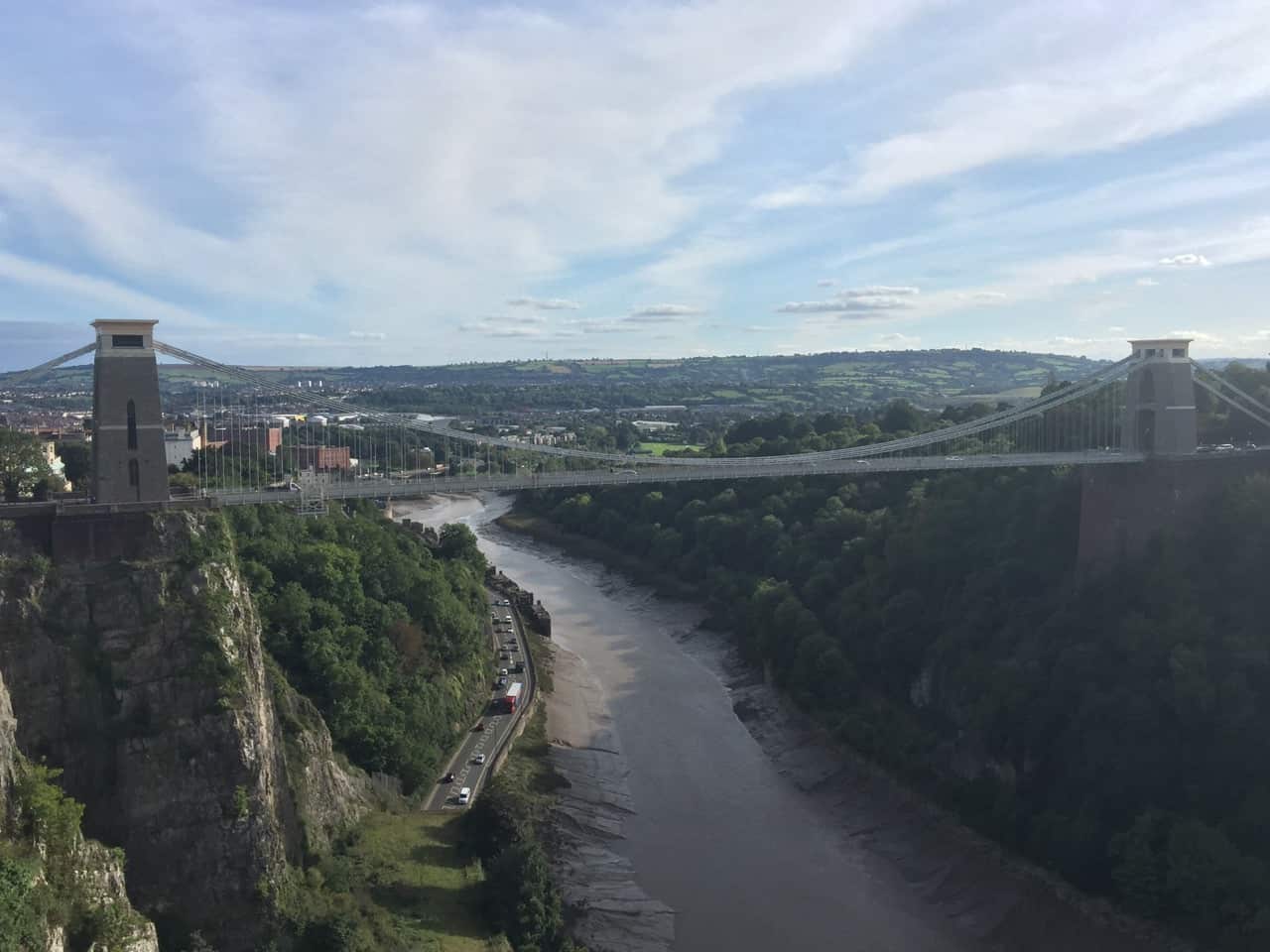 It’s pretty remarkable, and gratitude-inducing, to note that what was once extraordinary in my life has settled into something of a routine.

This occurred to me as I approached UK Customs at Heathrow Airport. What I used to think, and probably still should, is “Holy crap, I’m in the UK to see soccer!” Instead I thought, first, that the line was much shorter than usual, and second, that I hoped I would have good banter with the officer. They always ask why I’ve come, and I tell them for a football tour, and from there they either say “Don’t you mean soccer,” which they sometimes nearly spit at me, or they lean back in their chair, look me over, and say, “Are ya now? And who are ya supportin’?” 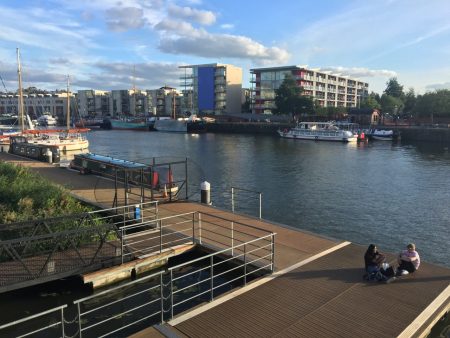 Along the River Avon in Bristol.

Then I get to tell them where the word soccer comes from, and how I chose Fulham to support, and the games I plan to attend, and ask who they support, and we swap very English banter about whose club will disappoint us the most. It’s all quite fun, even when I am an utter zombie after flying across the US and the Atlantic without sleeping. 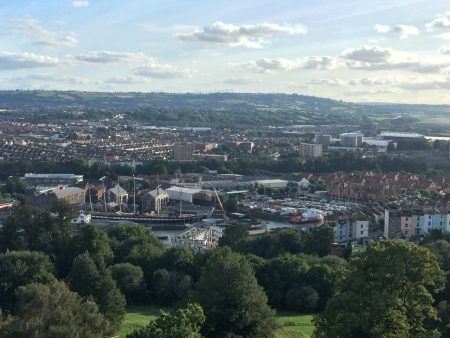 Bristol is a city I probably wouldn’t have been to, had not Bristol City FC been in the Championship.

In this case, I had slept for several hours, and the customs agent was a woman who simply said, “Right, enjoy yourself then.” I paused, actually a little let down, then remembered who and where I was: a writer, traveler, and soccer fanatic about to go on a fully self-funded trip to see five or six games in 11 days all over England. And heck, I had slept for three or four hours! Let’s do this! 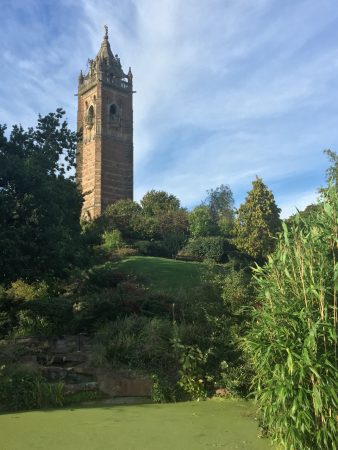 I’ve always geared my life for moments like this: money is tight, work has been a hassle, the relationship feels wobbly (when there even is one), health is middling … but I’m getting on the road again, to meet new people and have new adventures. So I’m a lucky guy, with three jobs I can break from for a week at a time and which still put just enough cash in my pocket so I can do stuff like this. And I even get to call it work, writing a book and all, and one day leading tours so I can help other people do stuff like this.

On this occasion, rather than plunging into madding London, I was hopping a bus to Bristol, an idea confirmed when over the course of 10 days of driving a taxi in Portland I had two Bristolians in my car, both of whom said I would love it and that it was basically the Portland of England. It wouldn’t be long before I agreed with that. 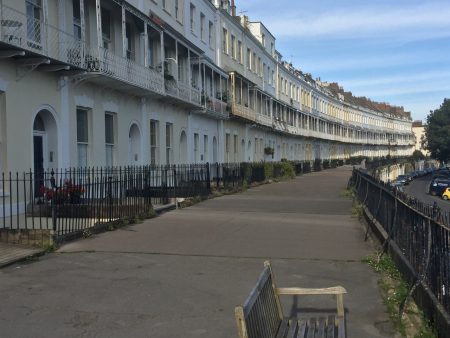 But first I had to experience the usual sticker shock upon arrival. Thirty minute bus ride from Heathrow to Reading? 20 pounds, or 26 dollars. 70-minute train ride from there to Bristol? 26 pounds, or around $35. Later, I would drop $26 on a normal-sized but quite good Indian meal. So getting to town and getting fed set me back $72, and I hadn’t done anything else yet!

Still, two hours later I was in Bristol, catching a city bus to my AirBnB, where a lovely man showed me to my room and we swapped travel and football stories over a cup of tea. He then drove me to the start of my afternoon walking tour, a favored strategy – along with many snacks, much coffee, and a nap on every moving vehicle – for getting through Zombie Arrival Day. 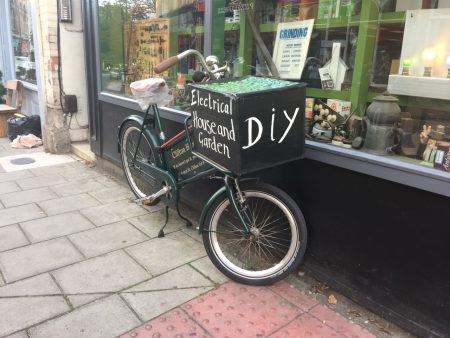 Portlanders, and “Portlandia” viewers, will recognize a few themes here.

But first, I had already confirmed that Bristol may well be England’s Portland, Oregon. I saw young men with beards, straw hats, food trucks, bicycle shops, artisan bakeries, cider bars, and seemingly no one over 50. When he dropped me at the Clifton Suspension Bridge, I even noticed rampant blackberry vines all around.

The bridge is as impressive as I’d been told, though I couldn’t help, when standing on it, but wonder why on Earth they built it. I can’t see that it connects the city to anything of commercial importance. But it is amazing, and offers a fine view of the central city, the woods across the way, and cliffs just beyond it.

Here are some more views of, and from, the bridge: 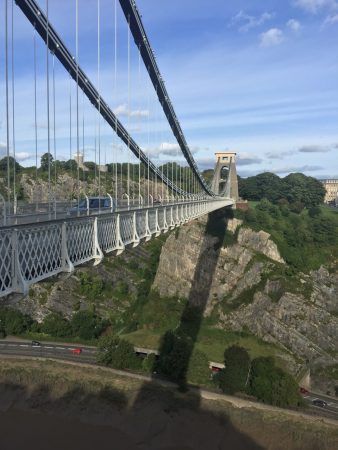 From the woodsy side. 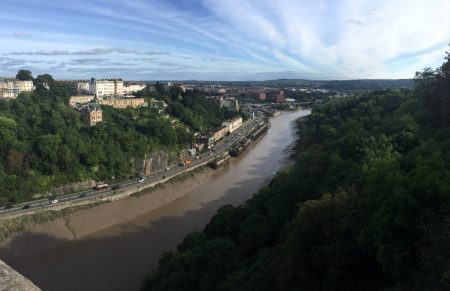 Looking down towards town from the bridge. 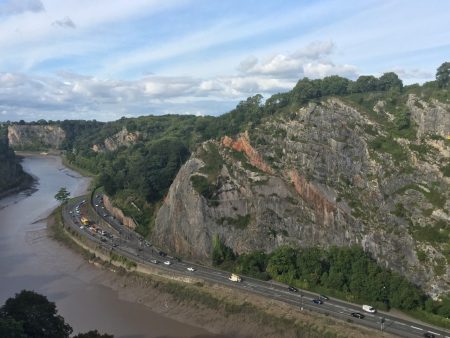 Looking upstream, towards the cliffs.

I then walked through Clifton Village, which has gentrification written all over it. Sitting in a coffee shop with fair trade pour-overs, I didn’t need the bearded barista to tell me the shop was fairly new. But it’s a lovely walk downhill to Brandon Park, a grassy space filled with young couples, and a tower with another fine view:

By this point I was also happy to have some wind on me, as I was still sleepy, hadn’t showered in some time, and was building up something of a sweat with all this walking. 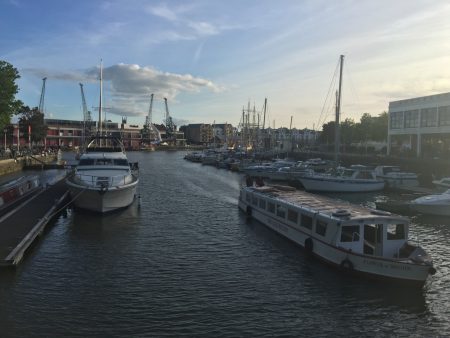 The Bristol docks at dusk.

From there, it was down to the docks, where the newness and the money and the artsy-ness was frankly all a bit too much to take. But I am cynical and, for me, it was the Pearl District (or any other industrial area redeveloped for yuppies and hipsters) with boats. It really was a lovely walk during a nice time of day and it seemed everyone was having fun.

Still, the essential Portlandia-ness of the place was summed up when I first heard bagpipes and then found the (bearded, naturally) piper standing in front of a food truck selling pickles. Perhaps a show called Bristolia is in the works? 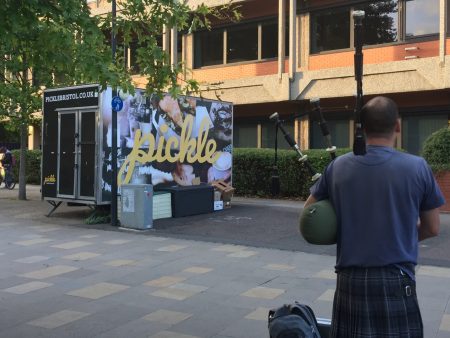 Where, exactly, am I?

There were other indications of Portland-style Hipsterness: 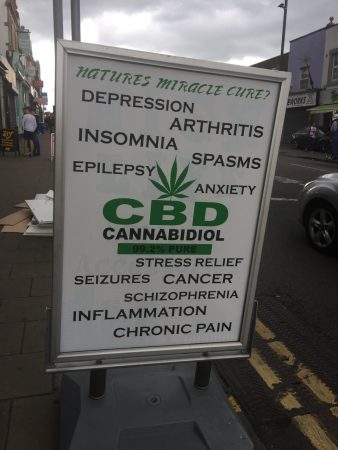 You know, for medical reasons …

I had asked my host for some dinner recommendations, and he offered two: The Bristolian for meat pies, mashed potatoes and peas, so English you want to slap somebody; or Thalia Café for good, fresh Indian. I figured I’d be getting traditional with fish and chips the next day before the game, so I went with the lamb curry, rice, chutney, yogurt, naan and an amazing mango lassi with almonds on top. 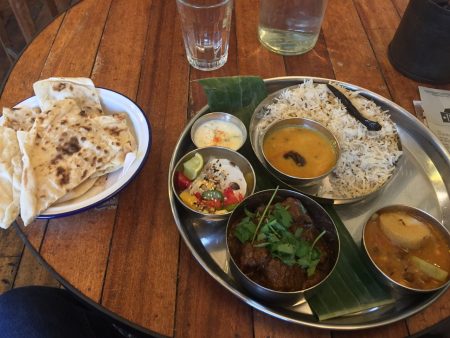 A proper English meal, in my world.

Finally, then, I had made it – from home to England, yes, and there’s nothing like a good curry to tell you you’ve made it to England – but also through Zombie Day. I was now cleared to go to bed, some 31 hours and 6,000 miles since I left mine at home.

I assume I did this, but in truth the next thing I remember, after “Perhaps I ate too much,” was waking up at 10 the next morning and stumbling downstairs, hoping there was still some tea or coffee. After all, the next day would be a game day! 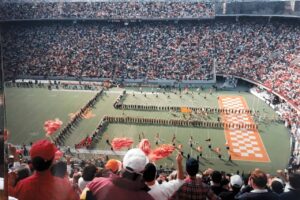 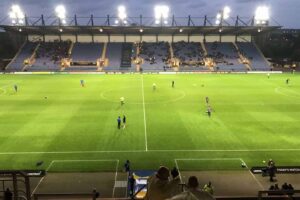