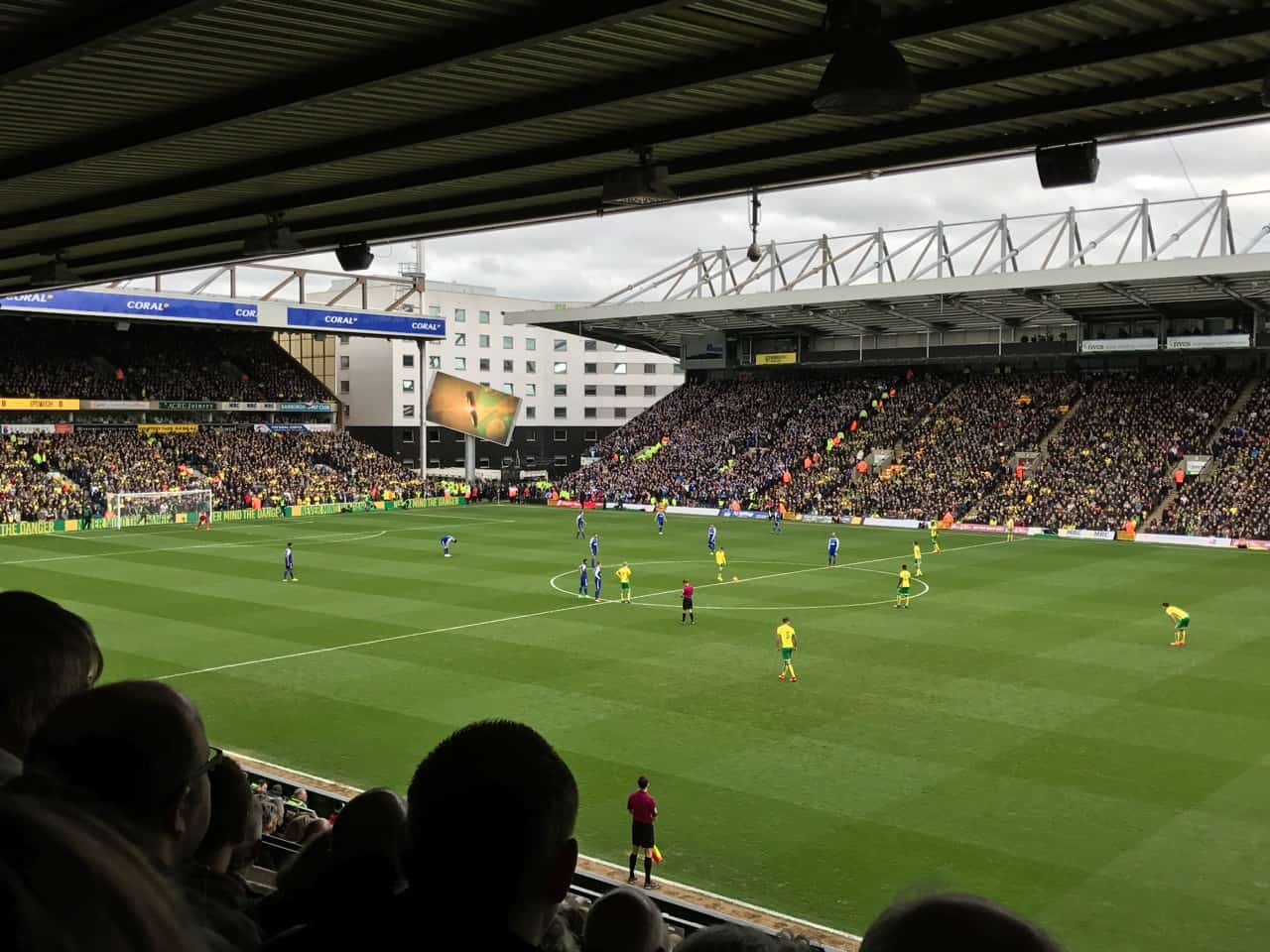 Norwich City and Ipswich Town in the East Anglian Derby, sadly off again this season.

Everybody loves a derby, or for you non-British readers, a rivalry. So here are the top derbies in English football for the 2020-21 season. By “top” I mean in the top two leagues.

I have created two lists, one by date and one by derby.

May 1: Liverpool at Manchester United, Wolverhampton at West Bromwich Albion

Join One of my “Groundhop” English Soccer Tours!

Merseyside Derby, Liverpool vs. Everton: October at 17 at Everton, February 20 at Liverpool

Crystal Palace vs. Brighton and Hove Albion: October 17 at Palace, February 20 at Brighton

Tottenham vs. Chelsea: November 28 at Chelsea, February 3 at Tottenham

Liverpool vs. Manchester United: January 16 at Liverpool, May 1 at United