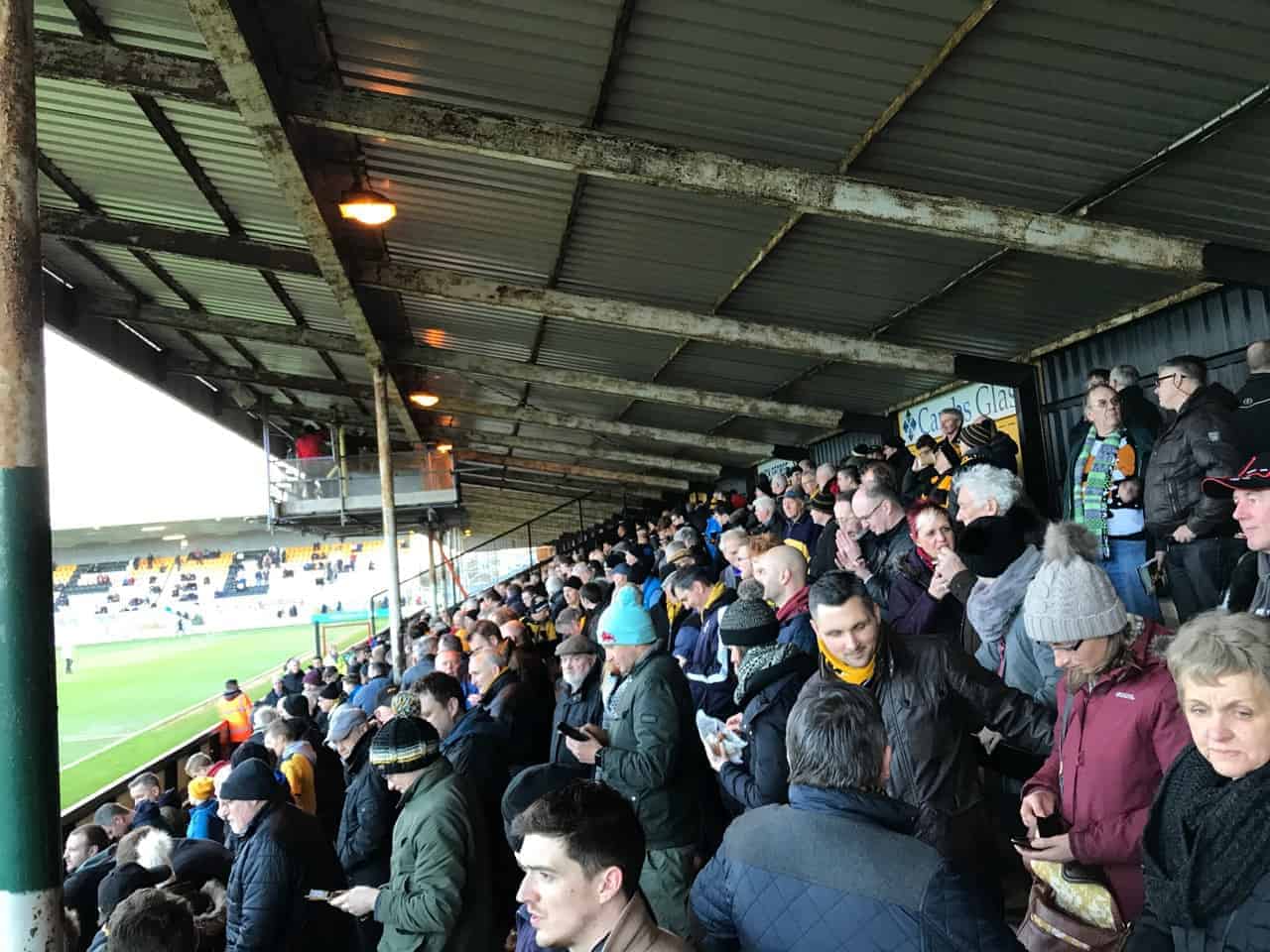 What is the Taylor Report?

If you’re sort of new to English football, part of the learning process involves knowing what people are talking about. So one question you might come up with is, What is the Taylor Report?

Here is a quick history lesson. 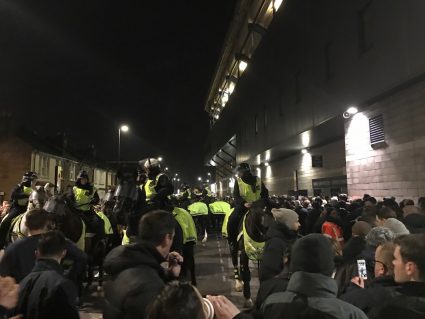 Things can get exciting outside a game, like here with Chelsea at Tottenham, but rarely dangerous.

Back in the 1970s and 1980s, Britain was experiencing social and economic upheaval, with one result being lots of young men with time on their hands and frustration and resentment in their hearts. So they collectively decided to get their frustrations out at football games.

We are simplifying, of course, but you get the idea. All the images you have of soccer hooliganism — which virtually doesn’t exist anymore — date from these awful days.

In the 1980s, two disasters involving English fans turned the tide of public opinion for good — and got the attention of public authorities. The first was in the European Cup (now Champions League) final in 1985, when a group of Liverpool fans attacked Juventus fans, leading to a crush, a wall collapse, 39 deaths, and hundreds of injuries. English clubs were banned from the continent for five years after that.

The second, and more relevant here, was the Hillsborough Disaster of 1989, when too many Liverpool fans were sent into an enclosed area at the Hillsborough stadium for an FA Cup semifinal, resulting in a crush and the deaths of 96 supporters. The cops blew it badly that day, and then lied about it and tried to blame it on Liverpool fans, a situation which is only now being fully addressed, 30 years later.

After Hillsborough, a commission was formed to figure out how to make attending football games safer — and to get to the bottom of those 96 deaths. The result was a sweeping plan that essentially blamed Hillsborough on the police and put forth multiple suggestions, all of which the government accepted, to make football safer.

When you hear about the Taylor Report in the context of today’s football, it is usually because of three major changes it brought about: the banning of alcohol sales and consumption within the stadium, the removal of fencing meant to keep fans off the pitch, and the requirement that stadiums get rid of terraces, the open standing areas where so much trouble had occurred. Post-Taylor, stadiums had to be converted to “all-seaters,” which was accomplished by 1995. 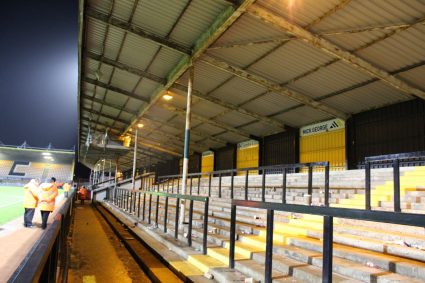 For old-timers, therefore, the history of football in England is sort of split into pre- and post-Taylor Report, with the good or bad “old days” of hooliganism, crappy stadiums and unsafe conditions … but also better atmosphere … replaced by safer, more family-friendly situations with, many say, less atmosphere.

There are other factors that have all but wiped out hooliganism, including higher ticket prices and the combination of ID cards and video cameras that enable stadium bans for troublemakers. Also, the bigger picture of the economy and social condition has improved.

There is a subtle but growing movement among fans to promote “safe standing,” essentially terraces, which are still in use in Germany. There, you can also drink beer while watching the game. And in fact, many Brits take footballing vacations to Germany and swear the atmosphere is superior there, anyway.