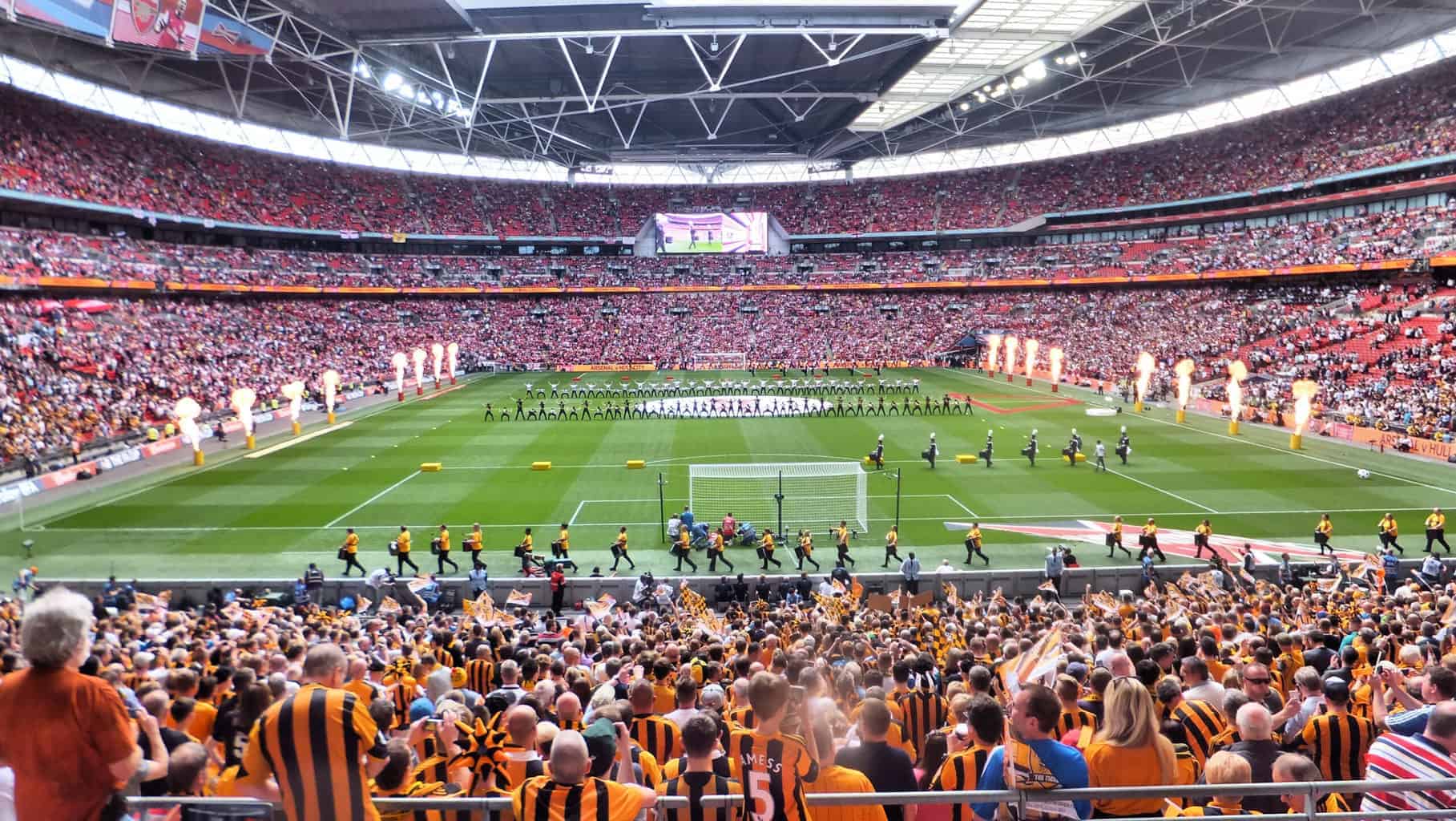 The English Football Association has released the 2022-23 FA Cup round and draw dates. We have the FA Cup schedule here.

We also sell FA Cup tickets; see below to request a quote.

As explained in the video above, the FA Cup is a knockout competition for virtually all football clubs in England, as well as a few in Wales. It begins in August with fully amateur clubs, and with each ensuing round, larger clubs enter the competition, always via random draw to determine who plays at home and who plays away. The Final at Wembley Stadium is usually in May but this year is in June.

Liverpool are defending champions, or “holders” of the FA Cup.

While we don’t know the actual FA Cup fixtures until each draw is made after each round, we do know the 2022-23 FA Cup schedule.

For much more background, read our blog post What is the FA Cup? 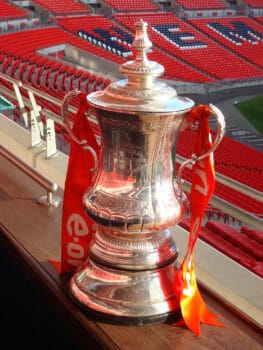 For each round, the date listed is the “main date.” Fixtures will actually be held a day before and after that date, as well.

The draw for each round will be made a day or two after the completion of the previous round.

For this round, 48 clubs from the National League North and South, tier 6 of the pyramid, enter the competition. This will be approximately 160 clubs playing 80 games.

There are no new entries for this round, just the approximately 80 winners from the previous round playing 40 games.

Here the 24 clubs from the National League at tier 5 enter with the 40 winners from before, for a total of 64 clubs playing 32 games.

Watch the FA Cup on ESPN+. Sign up now!

The 48 fully professional clubs from League One and League Two — tiers 3 and 4 — come in. This is a fun weekend when some amateur clubs have survived long enough to take on a Football League club. Eighty clubs play 40 games.

No new clubs for this round, just the 40 winners playing 20 games.

This is the really fun one, when all the 44 clubs from the Premier League and Championship, the top two tiers, enter and often wind up facing some really small clubs. Sixty-four teams play 32 games.

Note that both the Championship and Premier League take this weekend off from league games.

With no more clubs to enter the rest of the way, this is the Round of 32, a total of 16 games. Again, the Premier League takes this weekend off — but not the Championship.

This is the Round of 16, held on a midweek to not interfere with league schedules. March 1 is a Wednesday. A total of eight games will be played.

This is a very important week to keep an eye on, because the Premier League and Championship will also play on this weekend. This means league games scheduled for this weekend will be moved to another week entirely, should either team qualify for this round — and that won’t be known until about March 2!

Both semifinals are played at Wembley Stadium in London this weekend. Again, this will interfere with league schedules, as both the Premier League and Championship will schedule games for this weekend.

Owing to ongoing changes to the schedule from Covid-19, the 2023 FA Cup Final will be held June 3. As always, it will be held at Wembley Stadium in London.

Watch the FA Cup on ESPN+. Sign up now!

Groundhopper Soccer Guides sells FA Cup tickets at many Premier League clubs and a couple of Championship clubs, as well. Fill out the form below, let us know which game(s) you would like to see, and we will get back to you soon!