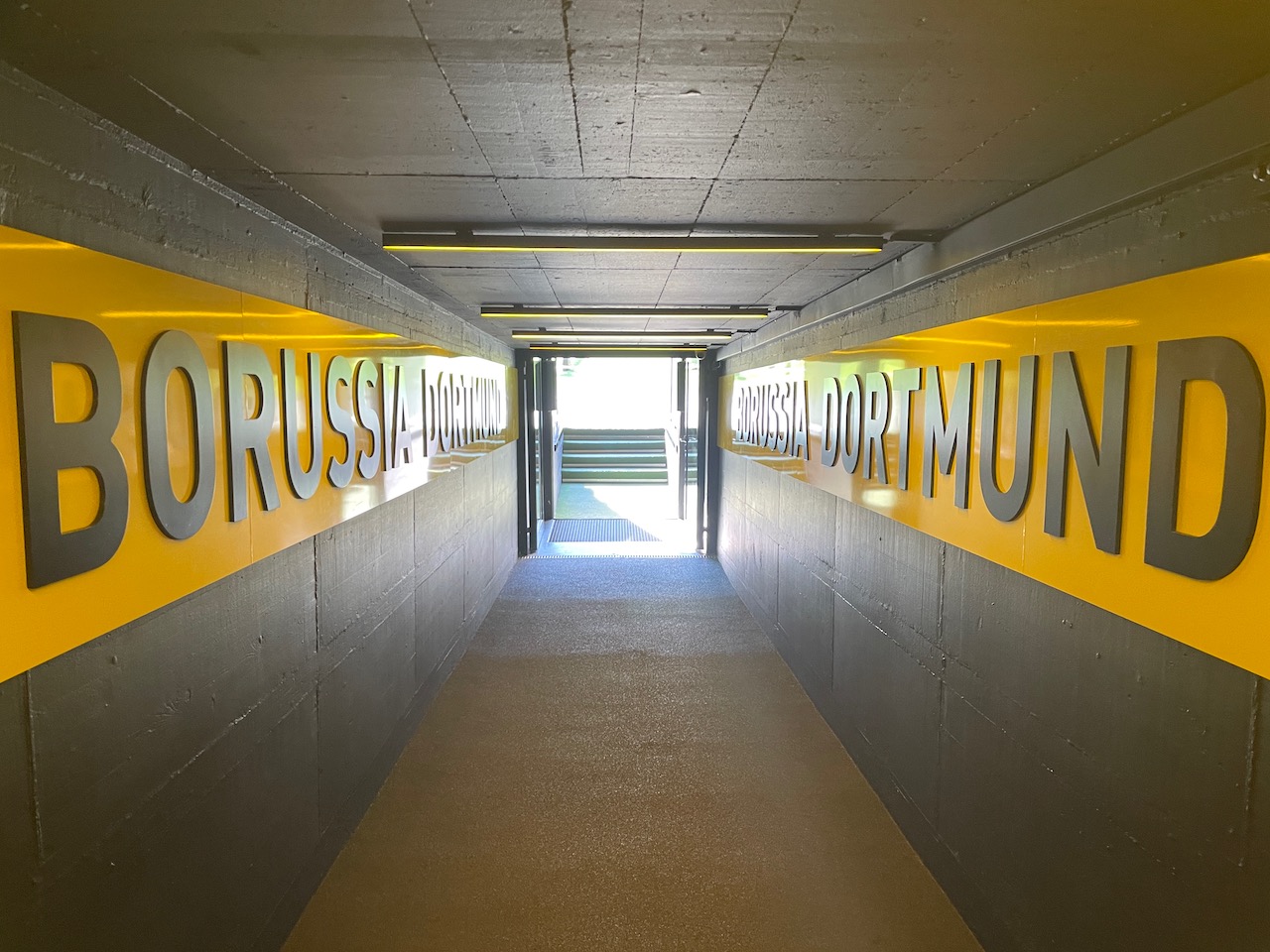 Here’s a look at the Borussia Dortmund Stadium Tour.

Signal Iduna Park, also known as Westfalenstadion, holds nearly 82,000 people, making it biggest football stadium in Germany and the 7th biggest in Europe. Its most famous feature by far is the South Bank, or Südtribüne, which holds over 24,000 people and is known as the “Yellow Wall.”

Dortmund Stadium Tours cost 9 to 11 Euro, including a trip to the club museum, and are available most days when Dortmund are not playing at home. The stadium part is self guided. You can book them on the club’s website.

Just click on the first image below to make your way through the photo gallery.