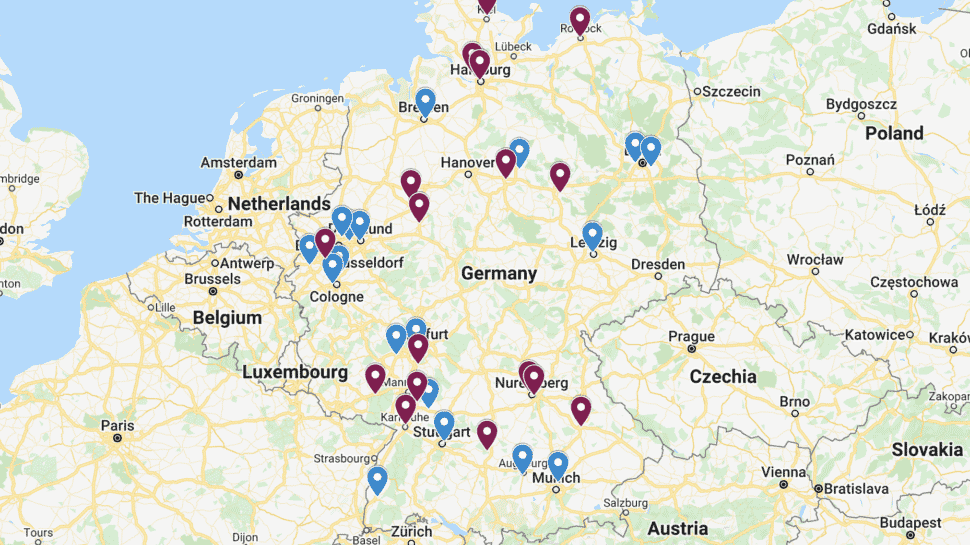 Here is a map of the 2022-23 German Bundesliga and 2. Bundesliga clubs, along with information on how to watch the Bundesliga live on TV or streaming, and how to get Bundesliga tickets.

Promotion and Relegation in German Football

For the 2022-23 season, these teams went down from Bundesliga to 2. Bundesliga:

These teams went up from 2. Bundesliga to Bundesliga:

Hertha Berlin defeated Hamburg in the playoff to stay in Bundesliga.

Watch the Bundesliga live on ESPN+ in the USA

Groundhopper Soccer Guides is an authorized seller of tickets and hospitality for clubs in England, Scotland and Europe — including Bayern Munich, Borussia Dortmund, and Hertha Berlin. Want to see a game? Fill out the form below, and we will be in touch!