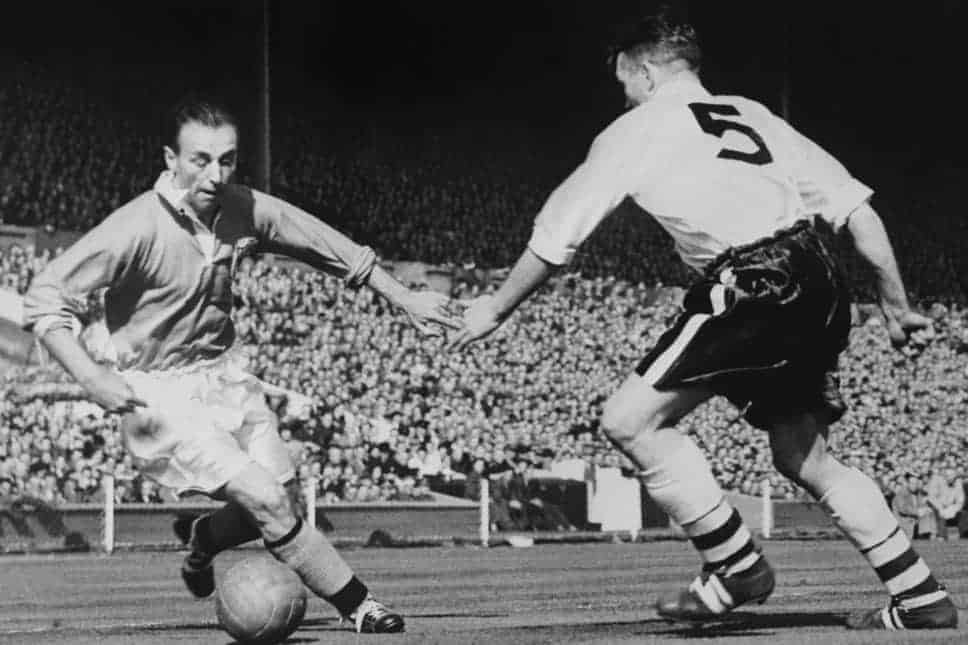 One of the things I do at Groundhopper Guides is introduce non-English, mostly American people to the world of English football. As such, I need to tell you about Sir Stanley Matthews. 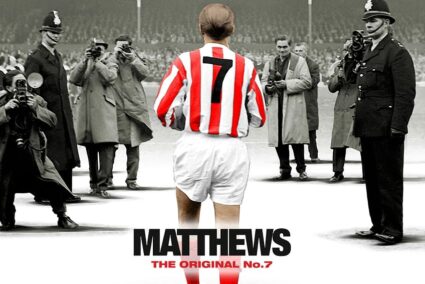 Poster for the Matthews documentary on Amazon Prime.

Perhaps you know the name. Speaking to Americans, the best comparison I can think of is a combination of Johnny Unitas and John Elway: a clean-cut, simple-living, straight-arrow guy who was immensely popular and admired, really good for a long time, and who finally, late in his career, got his due title in heroic fashion.

In that last way, he is most like Elway, who finally got his Super Bowl ring at age 37. He is like Unitas in that his exploits exist mostly in grainy black-and-white footage and the minds of old-timers who insist he was the greatest of them all.

As told in a great 2017 documentary (available on Amazon Prime), Matthews was all of that and more. Imagine if Unitas had grown up in Baltimore and then carried American football all over the world. Imagine if Elway had won the Super Bowl somewhere else but came back to Denver at the end of his career for one last run.

Stanley Matthews was born in Stoke-on-Trent and was first signed as a pro by his local club in 1932 at age 17. He played there for 15 seasons, helping them win the Second Division title once before leaving for Blackpool in 1948. 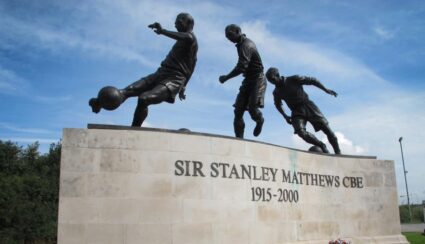 It’s also important for us non-Brits to understand that Blackpool in its day was a highly glamorous place, the Atlantic City of England if you will, and Blackpool were a proper giant club. Matthews signed for them at age 32, but such was his dedication to personal training and taking care of his body that he put in 14 seasons with them.

But he didn’t just play; Matthews was by many accounts the greatest player of his time, known all over the world for his pace, longevity and mad dribbling skills. He is considered the ultimate example of an old-fashioned winger who would destroy defenders down the flank with speed, skill and guile, then put in a cross for someone else to finish.

At age 33, he led Blackpool to the 1948 FA Cup Final, then by far the biggest prize in English football. They lost that one. At 36, he got them into the 1951 Final, which they also lost. And then, at the remarkable age of 38, he got them back for one of the greatest Finals of all time. Blackpool were down 3-1 in the second half when the aged wonder on the right simply took over and destroyed poor Bolton Wanderers in a remarkable display. Though a teammate got a hat-trick in the 4-3 win, the 1953 game has forever been known as the “Matthews Final.”

Even then Matthews wasn’t done! He put in eight more seasons with Blackpool — winning the first ever Ballon D’or at age 41 — and then returned to Stoke for four more seasons, playing in his last professional game, a star-studded international testimonial match, at age 50.

And then he traveled the world preaching the game, most notably in the shantytowns of apartheid South Africa, where he assembled a team of youngsters who toured the world playing exhibitions.

It’s really a remarkable story of a remarkable man, told in a just-under-90-minute documentary that I highly recommend.