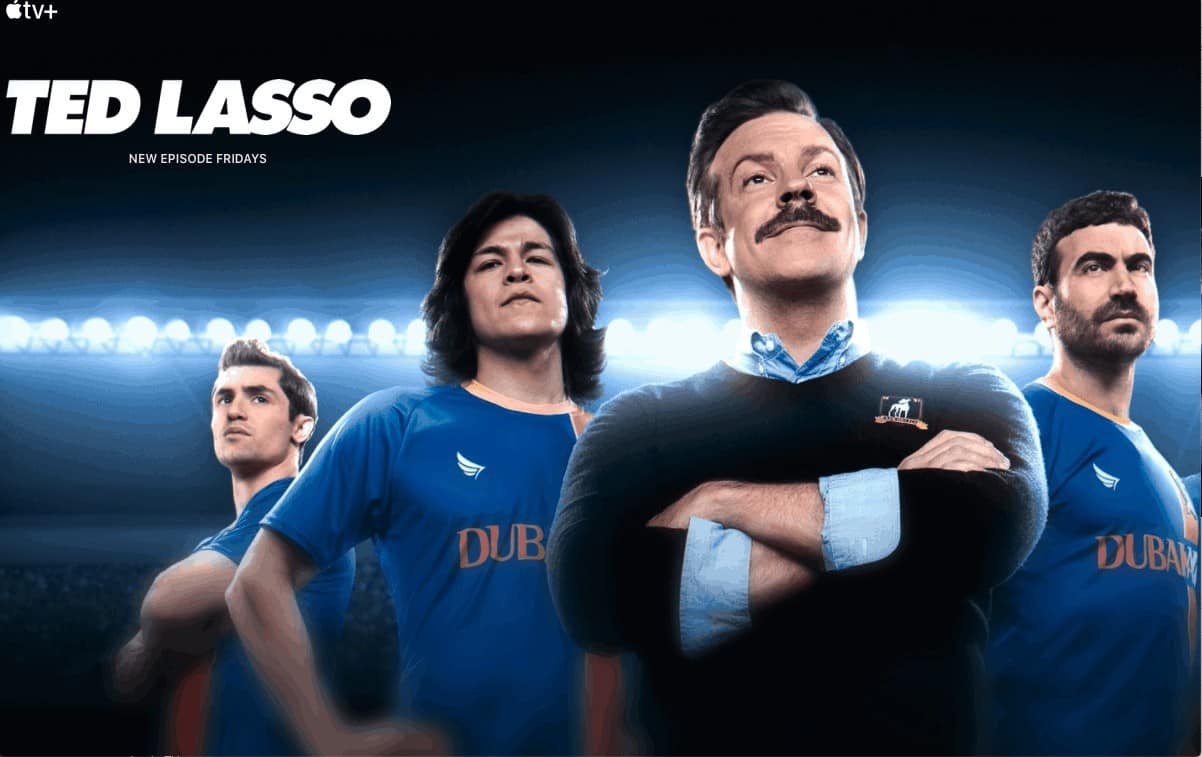 So yeah, “Ted Lasso” has gone in some interesting directions, including social justice, personal redemption, and even a little mysticism. New characters and storylines keep popping up every episode. I have no idea where it’s heading. And I still think it’s fine.

I think “Ted Lasso” is a “kind of” show which happens to be just what a lot of people are looking for. It’s kind of funny, kind of sweet, kind of serious, kind of goofy, and it’s kind of about soccer, or at least enough to make soccer people want to watch it.

It may have also introduced “Biscuits with the Boss” into the culture, along with dozens of “real” recipes. And it has definitely created a line of Ted Lasso gifts.

So “Ted Lasso” is now well beyond “cute show” and into … cultural … something. And that means the stakes are growing all the time, and it could mean that, at some point, they will have to decide what show it’s going to be. Or not. Why mess with a good, happy, cute, award-winning thing, right?

And now, here’s what I wrote about Season One of “Ted Lasso”:

Several years ago, when NBC got its Premier League contract, they put out a charming promotional video about an American college football coach, Ted Lasso, who came over to coach the “TOTT-n-HAM HOTSpurs.” 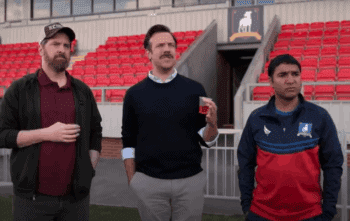 Ted Lasso and his assistants at training for “AFC Richmond”

We all shared it around and laughed about it. But I don’t think it occurred to any of us that they should make a series out of it.

Well, somebody thought differently, so as of 2020, Apple TV+ — yet another $5-a-month online subscription service — has stretched a five-minute video into a bunch of 30-minute episodes. And I do mean stretched. Even without a TV critic’s eye, you can see the stretch marks.

From the intersection of good ol’ boy, cliché, and long-familiar cultural differences, “Ted Lasso” doubles down on all the above and also borrows from other forms. Bitter ex-wife trying to destroy her husband’s club? See Major League. Sweet eternal optimist winning over jaded cohorts? See A Beautiful Day in the Neighborhood. Asinine British media trying to destroy something quaint and beautiful? See, well, reality.

And all the characters are there, in addition to Jason Sudeikis’ Lasso: the prima donna young star, the grizzled veteran, the goofy English nerd, the loyal sidekick, the driven but still vulnerable female CEO, the slightly aging sex symbol who’s “famous for being kind of famous.” They all serve as the kind of add-ons one would need, were one stretching a piece of cake into a party.

By the way, the home ground of “AFC Richmond” is, in fact, Selhurst Park, home of Crystal Palace–which becomes goofy when Richmond’s first opponent is … Crystal Palace! Richmond is actually a part of London, and the actual scene of Lasso’s apartment is in the real-world “Brewer’s Lane.” I haven’t figured out where their “training ground” is filmed, though. Also making an appearance: Fulham’s Craven Cottage as Everton’s Goodison Park.

And the thing is, the show is … fine. I don’t feel like I wasted any of the time I’ve spent watching it. On occasion, I actually cared about the characters and was mildly eager for the next episode to see how they’re getting on. But I’m a kind of an eternal optimist, like Lasso himself, so I am prone to like something that doesn’t offend me. The production and acting are all fine, as well; everybody hits their marks. I just can’t imagine how long they can keep coming up with ideas.

Were I to put on a TV critic’s hat (and I am in no way qualified to do such), I would tell you that the comedic material isn’t enough to fill the time — they literally copy-and-paste several bits from the original video into early episodes — so they fill it out with pathos, backstory, and other distractions that work in varying degrees.

Most of the jokes you can see coming from a goal kick away, but some lack cultural context. Lasso gives a version of the famous Allen Iverson “we’re talkin’ about practice” rant that Brits won’t know, and a Harry Redknapp joke will fly right past most non-Brits.

Overall, Ted Lasso is … fine. It’s good clean fun that at least tries to be some other stuff and succeeds on occasion. I was surprised to learn they’ve re-upped for a second season, but in the meantime I find it well worth the $5 monthly subscription. And that, after all, is why it occurred to somebody, somewhere, to turn a successful five-minute video into a series.