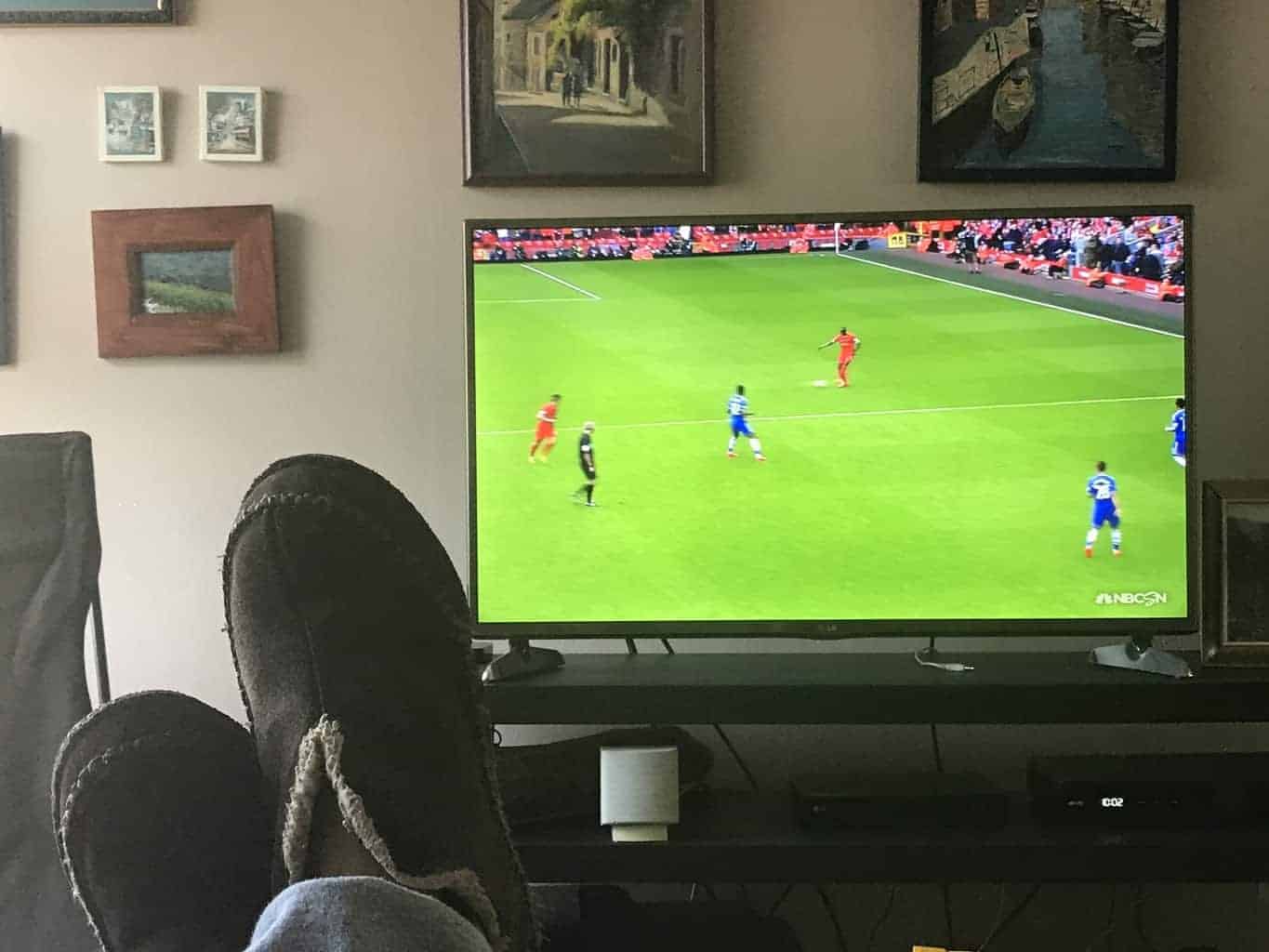 How to Watch English and European Soccer in the USA

How can you watch English and European football in the U.S. for the 2022-23 season, including how to watch soccer on regular TV or live streaming online? All you need to know is in this post.

How to Watch Premier League Soccer in the U.S.

For the 2022-23 season, U.S. fans have access to 380 Premier League games across all of NBC’s viewing platforms. Here is NBC Sports’ homepage where they list where to watch each game as the days and times are set.

In November 2021, NBC extended their deal with the Premier League to broadcast games in the U.S. for the next six seasons.

A great resource to Premier League fans to check out is the NBC Sports’ YouTube channel, on which they offer 15-minute Premier League highlight packages that don’t list the final score in the title. That means no spoilers if you missed the game entirely and want to watch the highlights without knowing the result.

For Spanish-language Premier League broadcasts, look for a few games per week on Universo and Telemundo; check your cable package to see if you have those.

Watch the Champions League, Europa League and Conference League on Paramount+ in the US.

How to Watch Champions League and Europa League Soccer

CBS has English-language U.S. rights to the UEFA Champions League and Europa League, but almost all of it is behind a paywall. All of the games (including replays) are on Paramount+, which is $5.99 per month with “limited commercials” and $9.99 per month with none. Some of the games will be shown live on regular old CBS.

For Spanish-language broadcasts, which are offered by Univision, you can stream those through Fubo.tv.

How to Watch FA Cup and League Cup Soccer in the U.S.

The FA Cup, League Cup, and much more are all on ESPN+. The League Cup is also known as the EFL Cup or Carabao Cup.

Related: Full Schedules for the FA Cup and League Cup

How to Watch English Football League in the U.S.

Tiers two through four of the English football pyramid of leagues offer some really entertaining soccer, and it’s a shame we Americans can’t see it on regular television. Here again, ESPN+ comes through, with several Championship (tier 2) games each week. And in weeks when there’s an international break and, therefore, no games in the Championship, ESPN+ often has a League One game, generally on Friday nights.

There is also iFollow, a streaming service for almost all the clubs in the Football League. If there is a particular club you want to follow, you can subscribe for the whole season and see any game that club plays that isn’t on U.S. television (i.e. not on ESPN+). Check your favorite club’s website to see if they are registered with iFollow or perhaps offer their own streaming service.

The UEFA Nations League is something the European soccer illuminati made up so that international breaks that don’t offer World Cup qualifying matches might seem more interesting. It’s kind of a league format where countries get promoted and relegated to different levels, and nobody is quite sure what to make of it.

The UEFA Nations League is on ESPN+.

How to Watch Soccer from Other European Countries in America

Here’s a quick rundown of how to watch other European soccer leagues if you’re in the U.S.:

FuboTV: The Best All-Around Solution for Streaming Soccer Online in the USA

Although it is expensive — $65/month — we think fuboTV is the best all-around solution for streaming soccer in the U.S., especially since it added the full suite of ESPN and other Disney-owned channels in 2020. It already included the full range of soccer-rich beIN Sports channels as well as Univision.

fuboTV is the best all-around solution for streaming soccer online in the USA.