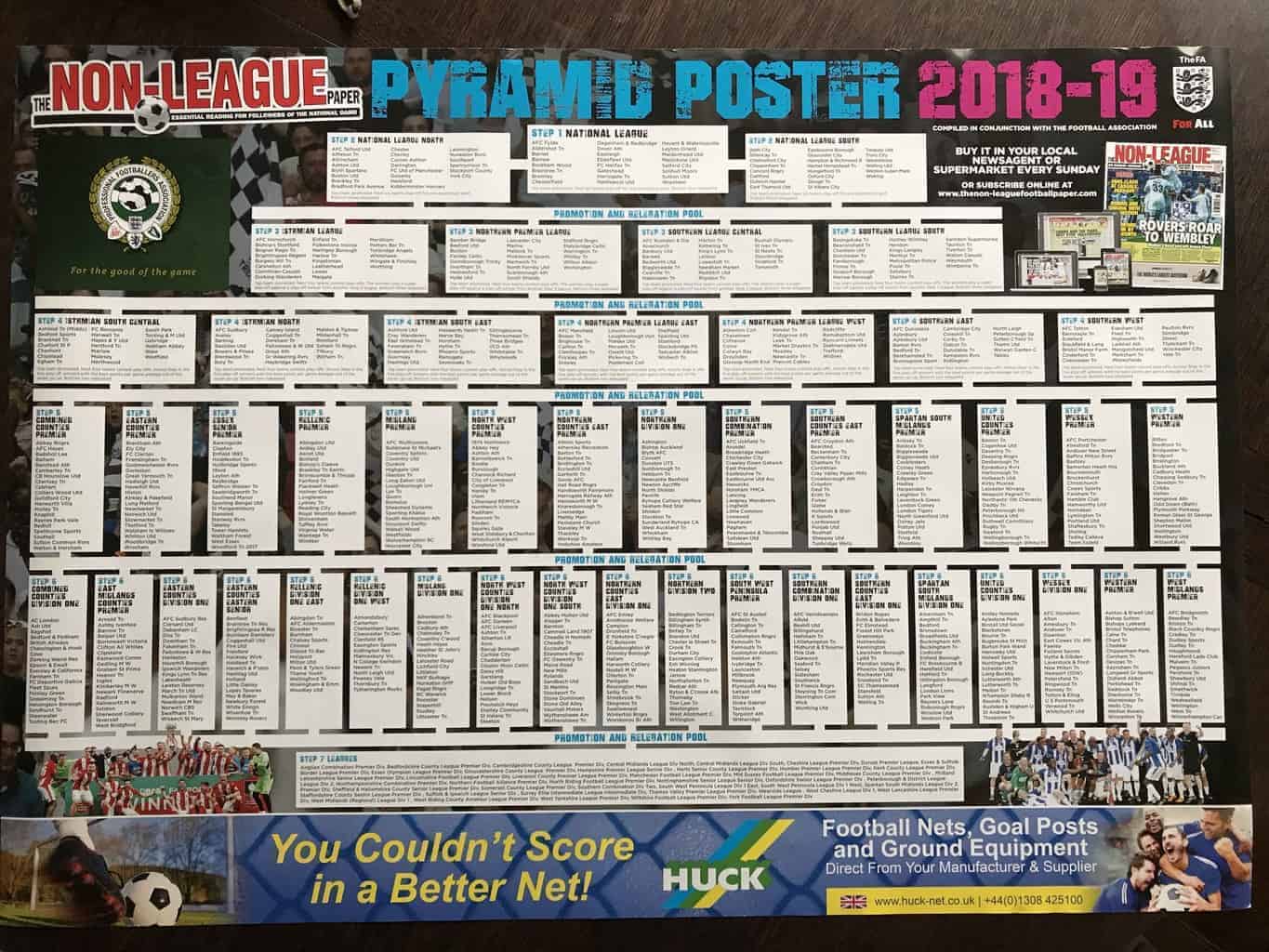 What is “Non-League Day” in English soccer? Typically occurring in March or April, Non-League Day is a celebration of amateur football in the UK.

It happens once a year when the biggest professional leagues have the week off. But let’s go a little farther into this wonderful, and fairly new, tradition.

The English League Pyramid. The second black line is between league and non-league clubs.

To understand what “non-league” even means, one first has to know what a “league club” is.

The leagues of English soccer are arranged in a pyramid, with the 20-team Premier League at the top — that’s the one with all the clubs you’ve certainly heard of, like Liverpool and Chelsea. Beneath that are three levels, called the Football League, containing 72 fully professional teams. These are the Championship, League One and League Two. (I’ve got a whole lot more about the leagues and cups of English soccer in this post.)

All of these are connected by promotion and relegation, meaning teams can play their way up and down through the leagues. Finish at the bottom of the Championship this season? You’re down to League One for next year.

If somebody drops out of League Two, they are out of the Football League and are now, you guessed it, non-league. 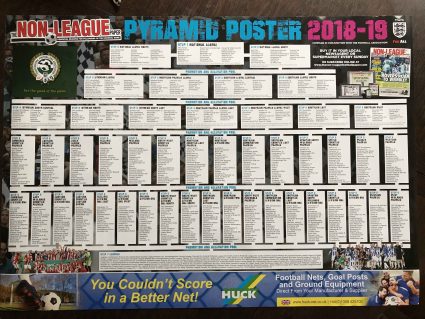 The Non-League System in England

The pyramid image above doesn’t do justice to how extensive the non-league system is in the UK. Just above is an image I took of my non-league poster, from The Non-League Paper, showing all the established levels of the system. Click on it to expand.

How many clubs are there? I count it as around 1,650. Another way to think of it is that there is a tournament which includes, in theory, all of these clubs. It’s called the FA Cup (here’s more on that), and while not all the non-league clubs participate, for the 2018-19 season there were 736 teams accepted.

One confusing note: the official name of what we all call “non-league football” is the National League System. It’s a nationwide system of leagues which aren’t in the Football League, so they are non-league … leagues. Let’s move on.

Non-League day started as an idea from a man named James Doe, who has an amazing blog called The London Football Guide. And he tells the basic story very well:

Originally it was intended to be an attempt to reach out to fans of the big clubs to get them to come and try out a non-league game for the first time but it’s transformed into more of a general celebration of all things at this level and also a chance for clubs to raise funds, not only for themselves, but also a number of charities. 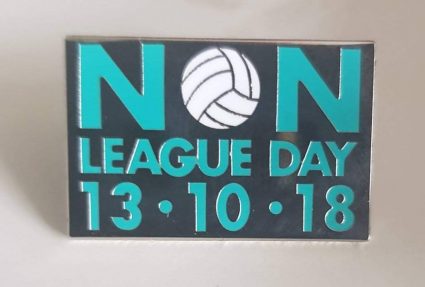 For this year, dozens of clubs are participating by doing all sorts of fun things to bring folks out and show them a good time. Funds raised are going to support Prostate Cancer UK. 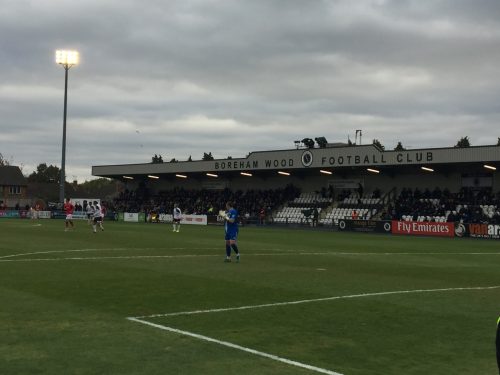 Boreham Wood FC are in the National League.

As always, it coincides with an international break, when the Premier League and Championship both take the weekend off.