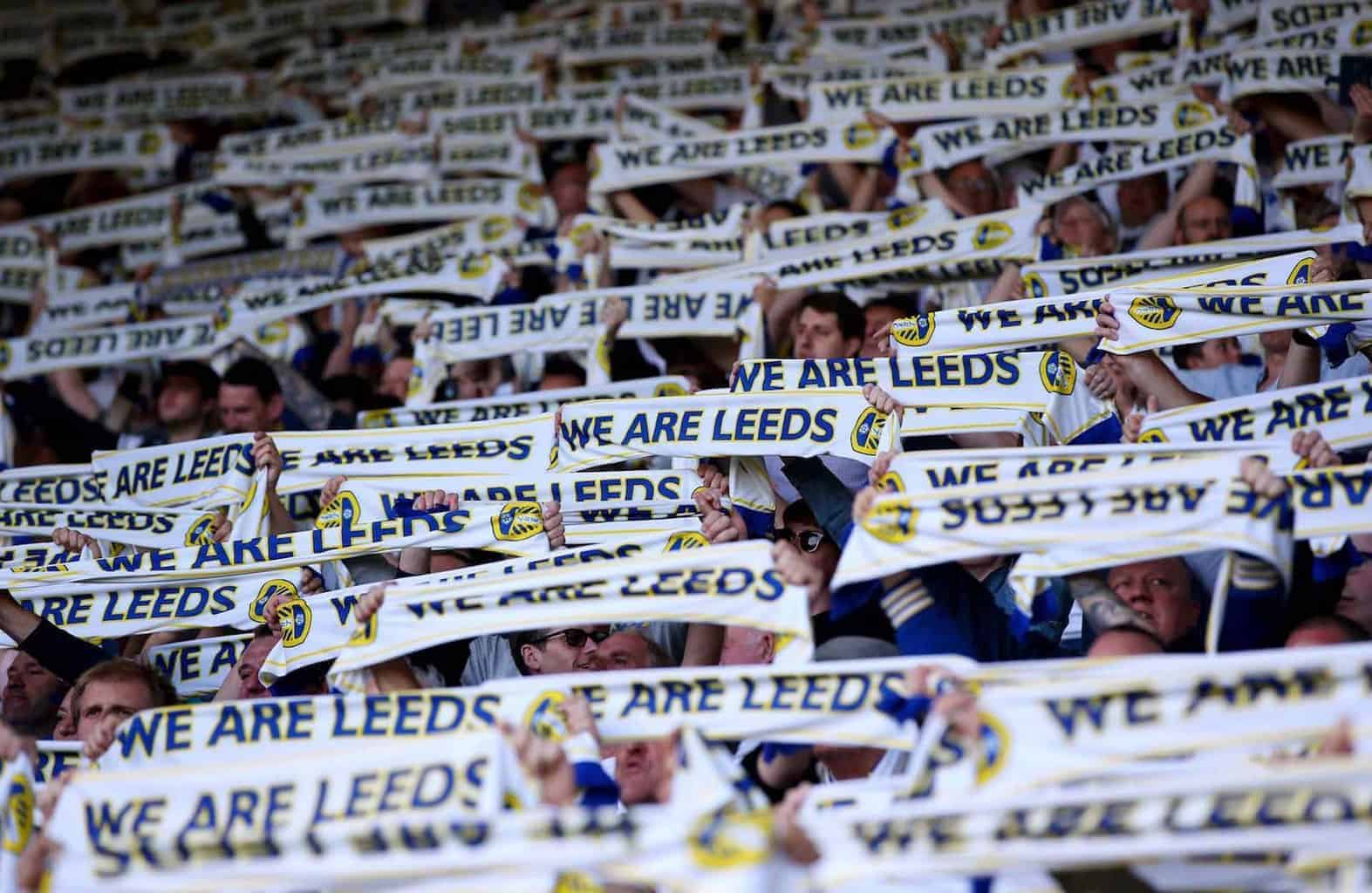 Amazon Prime is offering yet another behind-the-scenes football series, and this one is my favorite — mainly because of the subject matter. 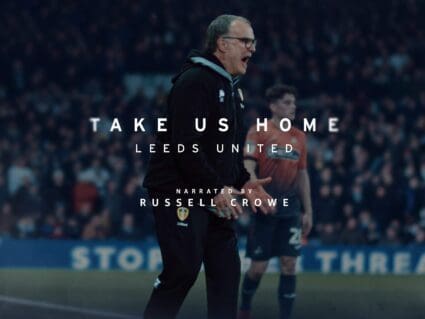 It’s called “Take Us Home, Leeds United,” and in one sense you already know what it’s about. The “look inside a club” feature is almost always a formula, combining fan and local journalist interviews, actual behind-the-scenes footage, occasional dressing room rants, and live game footage. So, in that sense, you’ve seen all of this before. And if you know how Leeds’ 2018-19 season turned out, you already know the ending, as well.

So why do I like this one so much? Because it’s about Leeds United.

British readers may wince, but I don’t recall the “Dirty Leeds” days, nor the hooligan era when apparently they were trouble. I started paying attention for real about 10 years ago, and what I see in Leeds is (A) a sleeping giant, as narrator (and Leeds fan) Russell Crowe intones heavily — he is a real strong point here — and (B) a large and fanatical fan base that fills the stadium every week, packs the away end wherever they go, and does all this despite being outside the Premier League for 16 years.

This makes the story more interesting to me than shows about Man City and Sunderland, for example. I certainly admire what City is doing, and the genius of Pep Guardiola. But I feel like I’ve seen all that. “Sunderland Til I Die” is about another impressive subject — the passionate fans of the Black Cats — but at the moment it’s a little depressing. 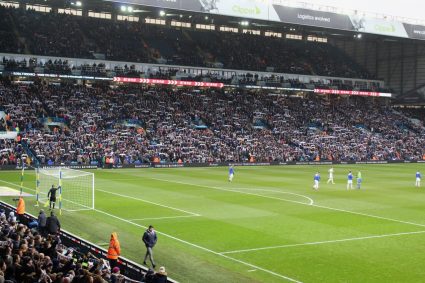 It was a scarf spectacular at Leeds on the first day of 2018.

With Leeds, you have all of that, plus another genius coach, plus actual (though relative) success. Also, the footage from the games confirms something I’ve been telling people for years now: Get to a game at Leeds! It is a proper atmosphere, “unspoiled by the Premier League experience,” as I heard a BBC commentator put it. They are proper fans who create a proper atmosphere. Certainly, some go over the line into obsession, and I think I know a couple of kids in this show that are headed for years of therapy, but once inside Elland Road, you’re going to get the English soccer experience as you have dreamed of it for years.

And with “Take Us Home, Leeds United,” you can spend a few hours in the middle of that world.

You can watch “Take Us Home, Leeds United” on Amazon Prime.