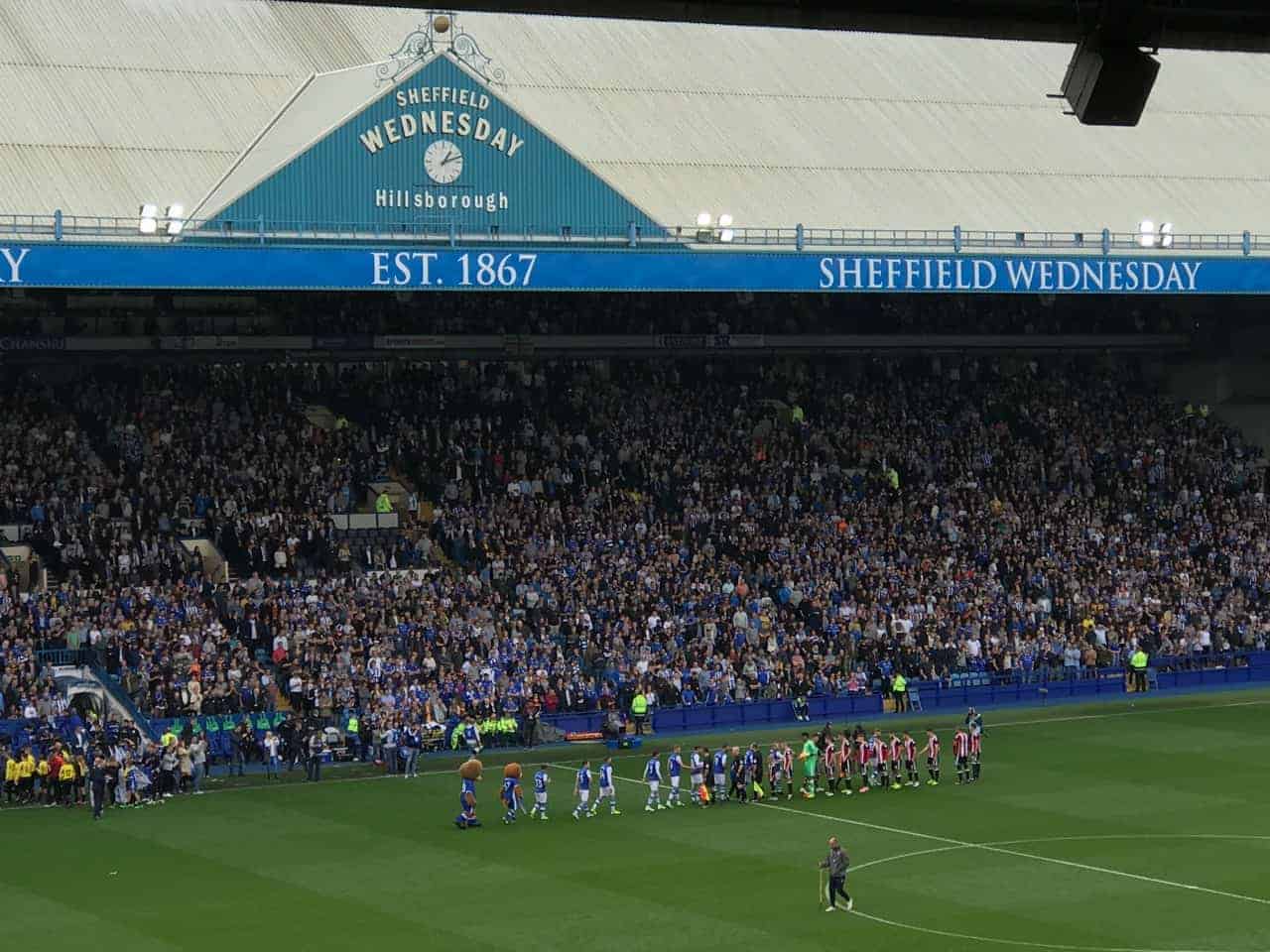 Sorting Through the Mess that is Sheffield Wednesday

Fans focused on the Premier League might not be aware of goings on down in the Championship, much less down towards the bottom of that league.

But there’s a pretty big club struggling down there, in some interesting but not terribly uncommon ways. So we thought we would try to answer these questions:

What the hell’s going on with Sheffield Wednesday? And what can it teach us about modern football finances? 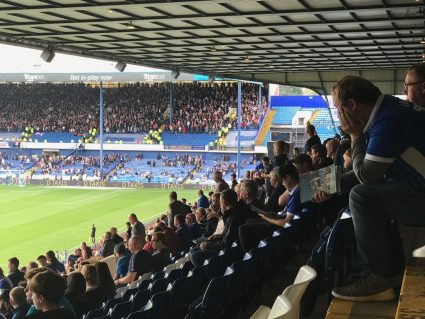 It was just a few years ago that Wednesday were the odds-on favorite to get out of the second tier, having just made the Football League playoffs in 2016 (when they lost the final) and 2017. But since then, they haven’t done better than 12th in the league, and they are now on their sixth manager in four seasons, and their third this year.

Worse, they have financial problems that led to a questionable decision which, in turn, led to a 12-point deduction. Though that has been reduced to six points, they still sit, at this writing, in the relegation zone. They have uncertainty about player contracts and are operating with an interim manager. They’ve also had a Covid outbreak, their fans are pissed off, some players haven’t been paid on time, and they technically don’t own their stadium anymore.

Is this big, proud club headed back to League One? Can they get back to the Premier League, where they haven’t been seen since 2000? And how did they get to this point?

First, a big-picture history lesson, taken from our book, The Groundhopper Guide to Soccer in England. 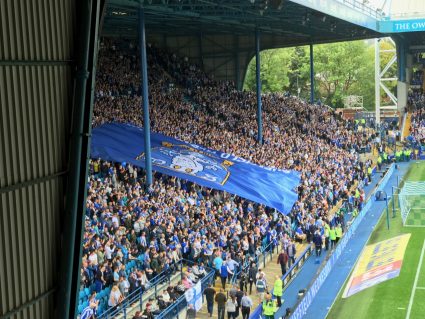 The Kop End at Hillsborough.

Let’s start with the name, shall we? Sometime in the early nineteenth century, a cricket club was formed by a bunch of guys who didn’t work on Wednesday, hence the Wednesday Cricket Club. In 1855 they and some other clubs started playing at Bramall Lane, now the home of Sheffield United. On September 4, 1867, they formed a football team to stay fit over the winter — a very common origin story for English football clubs. In time, football eclipsed cricket, the two clubs split, the cricket club disbanded in 1925, and now we have Sheffield Wednesday Football Club.

They turned pro in 1880, joined the Football League in 1892, and won the FA Cup in 1896 at the old Crystal Palace. They moved to the suburb of Owlerton in 1899, built a new ground there, and racked up two league titles and another FA Cup in the next ten years.

They made a nice run in the late ’80s and early 1990s, winning the 1991 League Cup over Manchester United — the last team from outside the top division to win a major trophy.

For old times’ sake, here’s the winning goal from that one:

And here are the last few minutes, in a video that really shows the crowd well, even if the music gets a little cheesy.

In 1993 they lost the League and FA Cup finals (both 2–1 to Arsenal), but in the latter competition they at least beat rivals Sheffield United in the semis, 2–1 at Wembley — a Steel City Derby moved from Elland Road in Leeds so basically the whole city of Sheffield could get in to see it.

But along came two more relegations, as well as financial troubles that almost wiped the club out in 2010. The current owner, Thai businessman Dejphon Chansiri, took over in 2014, and when the Owls showed up in the playoffs a couple of years later, all seemed on the up.

There’s a trick that some clubs have tried to shore up their finances, mainly to make themselves look more profitable than they are — all to avoid the punishments of Financial Fair Play (FFP) rules, which limit how much of a loss you can post in a three-year period.

So let’s say you have a rich owner who is willing to pour money into the club, in the hopes of making the Premier League and getting those piles of TV cash. So he pours in the money. But if it doesn’t work, and attendances aren’t what you hope, and and and … well, you’re gonna show a loss.

So what do you? Set up a shell company, sell your stadium to it, and report that money as profit! 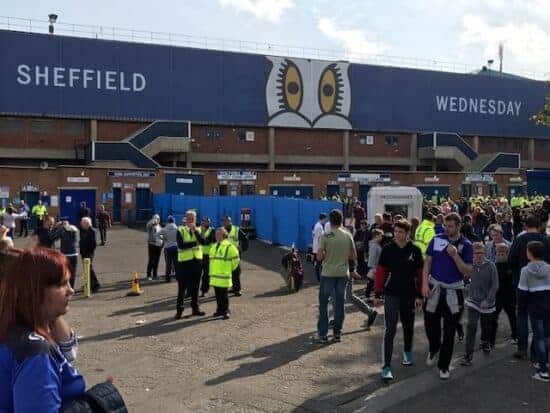 Without this move, it was reported Wednesday would have lost some £35 million in the 2017-18 season, putting them squarely in the FFP crosshairs. So “selling” your stadium for £60 million is pretty handy, even if it means Hillsborough, built by and for Sheffield Wednesday, is now owned by a Hong Kong company that doesn’t really exist.

In 2019, Wednesday was penalized for this chicanery, resulting in a 12-point deduction for this season. Had it come down last season, they would have been relegated, but the delay meant they stayed up and Charlton Athletic went down. Charlton considered legal action but didn’t go through with it, so as of this writing they are League One and Wednesday are Championship.

Wednesday’s penalty was later knocked down to six points, but meanwhile they’re at the bottom of the table anyway.

One more fun thing the owner has tried so he can pump money into the club: Set up shell companies, put money into them along with vague plans to one day actually be in business, then have them pay that money to the club for sponsorship.

According to The Guardian, Chansiri has managed to put well over £1 million a year into Wednesday by having two different shirt sponsors and the scoreboard sponsor quite literally not exist as trading companies. The name on the shirt and one of the stands is, therefore, simply his last name. The Football League says it’s not enough money to worry about, so apparently it’s all good.

Starting in a 12-point hole is bad enough, but the Owls managed just three wins in their first 11 games, so they sacked manager Garry Monk, in just his second season, and appointed Tony Pulis — for his 11th managerial job.

Pulis lasted all of 10 games, during which the club earned just seven points. And while chopping and changing managers like this is unnerving, it doesn’t help when your owner says things like, “There are also other issues which have had a bearing on this decision. I thought Pulis was the right one but I was totally wrong. I can’t make a mistake this time.” He didn’t offer any details.

Interim manager Neil Thompson has won five of eight, so he may wind up getting the job. It would be his first as a manager.

Meanwhile, in November the players only got a percentage of their salaries, one young star has already left for Glasgow Celtic, the January transfer window was a disaster, and other players’ contract statuses are unclear, with the finances what they are and the possibility Wednesday will be League One next year. Thirteen senior players are out of contract at the end of this season.

And speaking of chopping and changing, Wednesday have on just four of 29 occasions this season used the same starting XI as in the previous game. 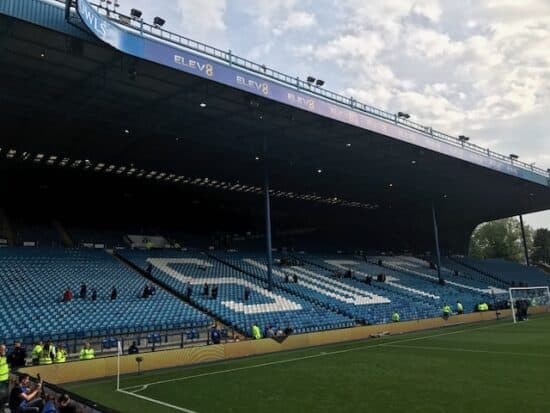 Where Does Sheffield Wednesday Go From Here?

With Wednesday on the brink of even bigger problems — going down to League One and having to rebuild the squad under yet another new manager — fans are outraged, as you might imagine. The phrase “rotten to the core” is all over social media, as are accusations of lying, stealing, and disgracing the club, city and supporters. And all this with Sheffield United up in the Premier League!

As a neutral groundhopper, and one who admires big, well-supported clubs like Wednesday, and who also enjoys the city of Sheffield immensely, I want both United and Wednesday to succeed. But if, as looks likely at this point, United are coming back down to the Championship, I can only hope Wednesday manage to stay there.

At the very least, then, Sheffield Wednesday can have another chance to stabilize, and we’d all get to enjoy a Steel City Derby.

So come on, Wednesday, and Chansiri! Figure it out!