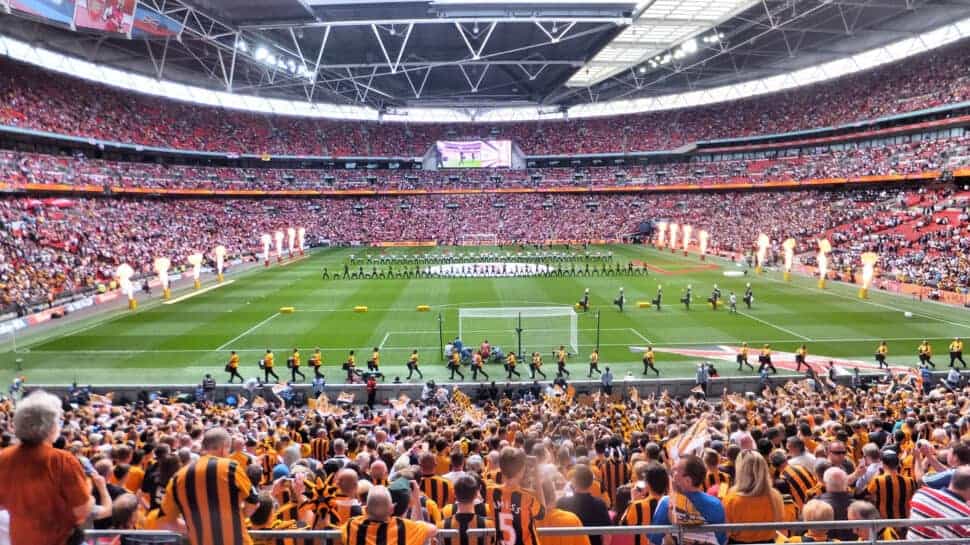 Hull City had a memorable run to the FA Cup Final in 2014. (Image: dom fellowes, via Wikimedia Commons)

The FA Cup, officially known as the Football Association Challenge Cup, is the oldest football tournament in the world, and this year’s is the 141st edition.

More than 700 clubs (729 to be exact) were accepted from up and down the pyramid of English football leagues. There is no bracket in the FA Cup; clubs are drawn at random for each round, with the first to come out as the home team and the second the visitors.

As each round occurs, clubs from farther up the pyramid enter the draw. League One and Two clubs enter for the First Round Proper; Premier League and Championship clubs enter in the Third Round Proper.

The winner qualifies for the 2022-23 UEFA Europa League.

Leicester City enter as the defending champions (or “holders”), after downing Chelsea in last year’s final 1-0. It was their first ever FA Cup after having lost in four previous FA Cup finals. 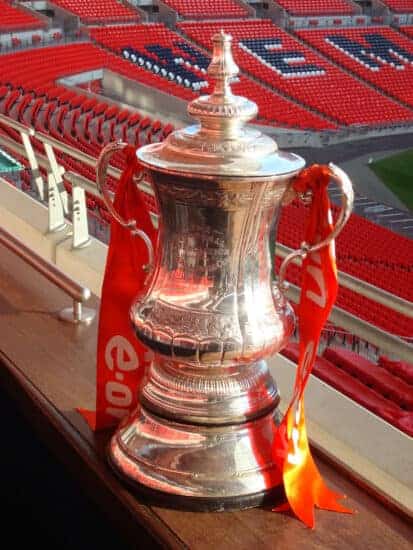 This round has 180 games with teams at levels 8 through 10 of the pyramid.

Here, 136 more clubs, including many from level 7, enter along with the winners from the previous round. This round has 160 games.

Seventy-four more clubs enter, along with the winners from the previous round, for 117 games.

Forty-three more clubs join the winners from the previous round, coming from level 6 of the pyramid, the National League North and South. This round has 80 games.

There are no new entries this time, just the 80 winners from Second Round Qualifying playing a total of 40 matches.

Here, the 24 teams of the fifth-tier National League enter, for a total of 32 fixtures.

Watch the FA Cup on ESPN+ in the USA.

Each of these rounds will actually take place over a period of a few days around the date listed.

This is when the fully-professional clubs from the Football League begin to enter the fray. A total of 48 clubs from League One and League Two, the third and fourth tiers, join the 32 qualifying winners for a total of 40 games.

The 40 winners from the First Round move on; this round has 20 games.

This is where the clubs that most people have heard of start to play. Twenty winners from the previous round are joined here by the 24 teams from the Football League Championship plus the 20 members of the Premier League. That makes 64 teams and 32 matches over the weekend.

This is the Round of 32, with winners advancing from the Third Round for a total of 16 matches across the weekend. Again, during this weekend, the regular Premier League and Championship schedule takes a week off.

This is the Round of 16, with winners advancing from the Fourth Round for a total of 8 matches across the weekend.

Eight winners advance from the Fifth Round for a total of four matches across the weekend. This is also the final round to be held at clubs’ stadiums.

Quarterfinal winners play on Saturday and Sunday at Wembley Stadium, with each club receiving around 35,000 tickets for their supporters.

Semifinal winners meet at Wembley Stadium, again with each club getting about 35,000 tickets. 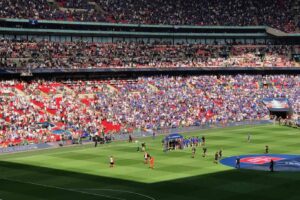 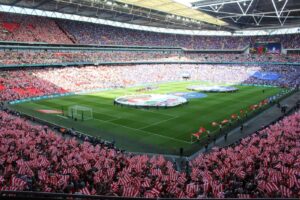