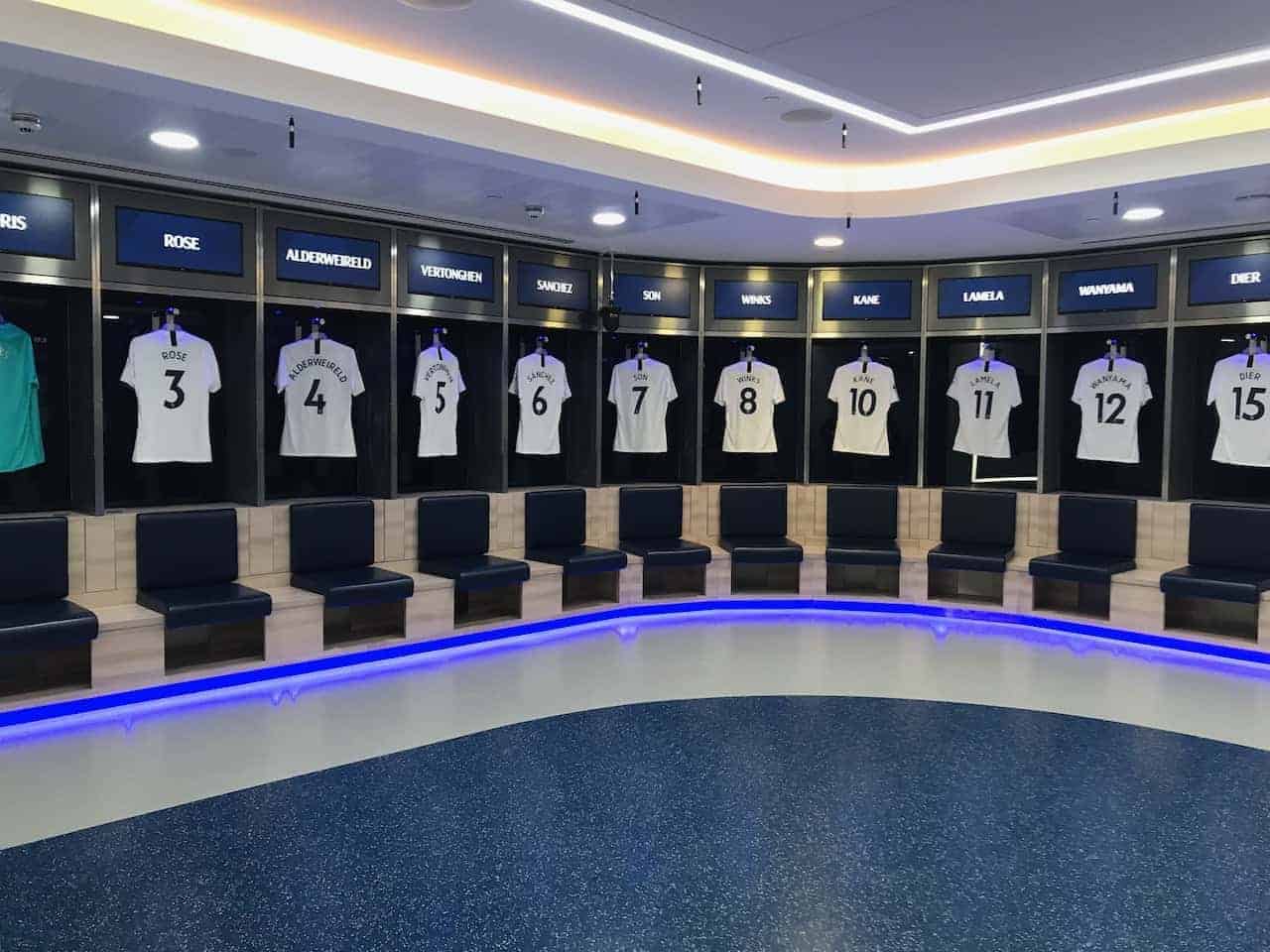 Take a Tour of the New Tottenham Hotspur Stadium

Ever since Tottenham Hotspur opened their new stadium in North London, people have been flocking there for both games and tours.

I managed to take a tour of the new Spurs stadium so here are a few notes and photos from the experience. 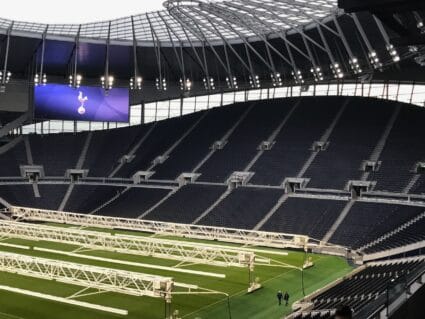 How Do You Tour Tottenham Stadium?

On the one hand, it’s pretty simple: You book it on the club’s website. But demand is still very high, and it’s generally booked up weeks in advance. So if you’re headed over and think you might want a tour, book it well ahead of time.

For example, I am writing this on December 24, and the next available tour date is January 6.

Also note that they will not offer tours on game days — either Spurs or NFL games — and sometimes not even on the day before, though I can’t imagine why.

It’s a 90-minute guided tour and costs £30 for an adult — £27 if you’re a Spurs member. Kids are £15, and under 5 are free. You’ll see hospitality areas, prime seats and dressing rooms, and you’ll walk through the players’ tunnel to pitch side. 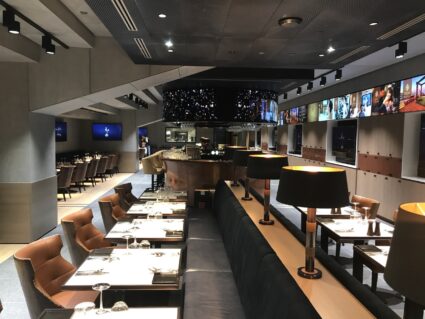 I’ve got videos and photos below, but here are a few notes I took during the tour.

They say the “Tottenham Experience” is the largest club store in Europe, but I have to say, the one in Barcelona is pretty damn big. The stadium is the biggest in London — Wembley being technically is another town. And yes, of course they made it bigger than the one at Arsenal, whom they refer to as “our neighbors down the road.”

Along those lines, the color red is kept to the absolute legal minimum throughout the stadium. It’s pretty much the fire extinguishers and nothing else! 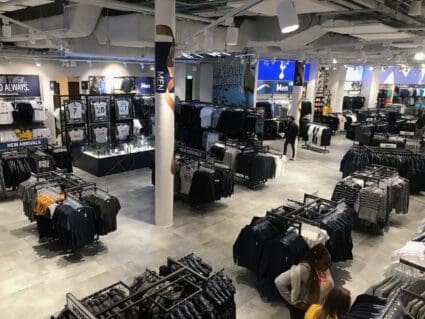 The introductory video talks a lot about “glory past and glory future,” which I thought was funny. Nothing about the present?

There are 1,800 HD screens and 60 food and drink stations on 9 levels in the stadium.

They say it’s the only stadium on the local high street, and they fronted it with lots of glass to keep that connection.

The South Stand is the largest single stand at 17,500 capacity.

They made the seats as steep as they were allowed and as close to pitch — 5 meters — as possible. So wherever you are, you really do feel right on top of things.

Here’s a panorama from inside:

And another going out through the players’ tunnel:

And finally, my photo gallery from the day (click the first image to start scrolling through):