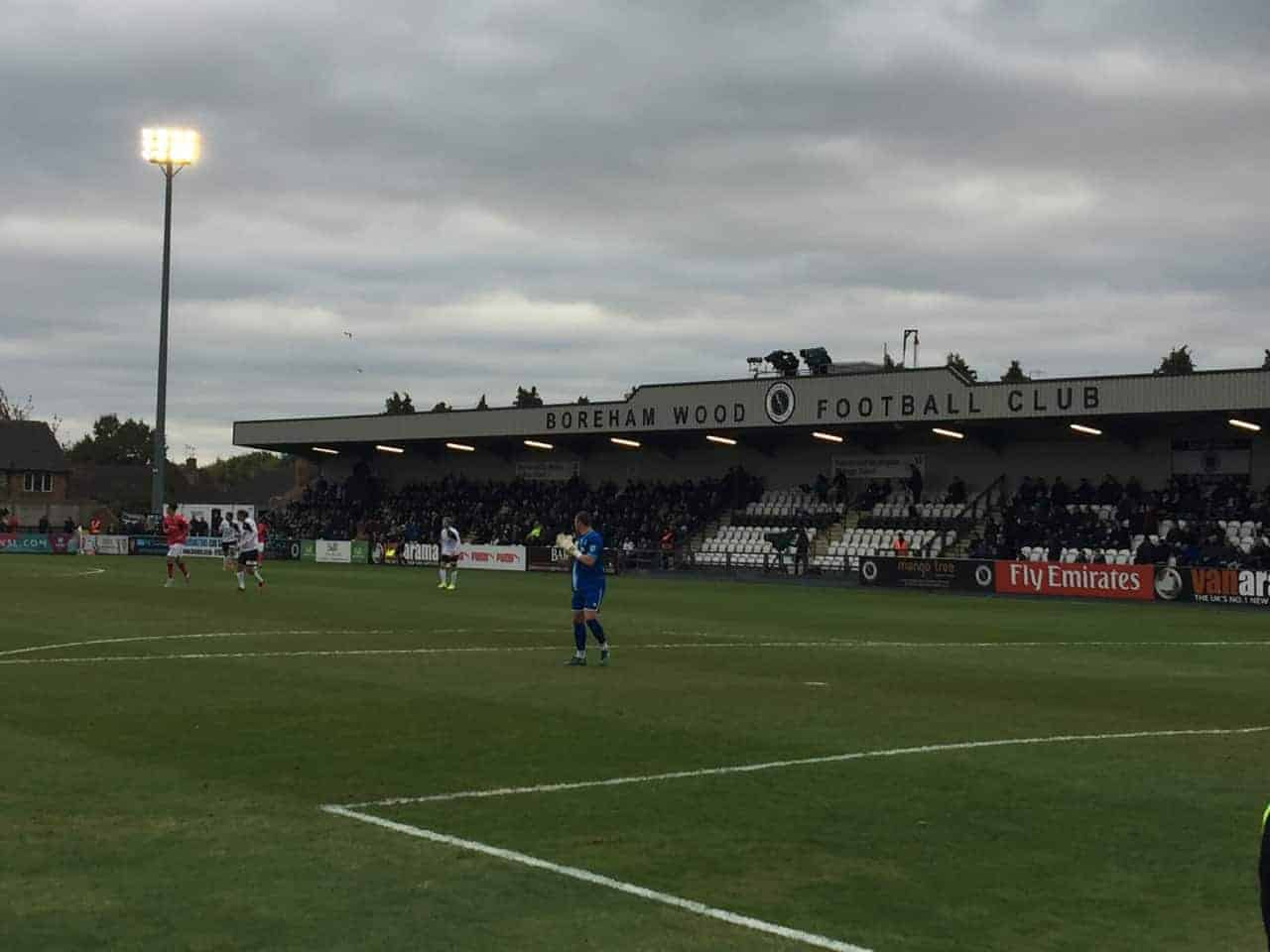 As I watched the FA Cup Third Round ties on Saturday, I came across some interesting things that show why I think this weekend is one of the best in the English football calendar.

Whether it’s the minnows still swimming in the tournament, or the potential for famous giant-killings, the FA Cup Third Round, which is when clubs from the Championship and Premier League enter the fray, never disappoints.

And since we at Groundhopper Guides are all about sharing the joys of watching English soccer, here is a look back at some of the scenes and stories from the first part of the weekend.

First, for a little background on the Cup, read this post or enjoy this video: 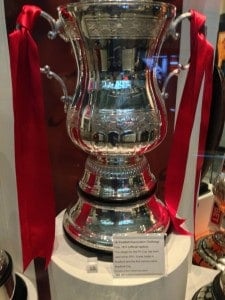 The 1910 FA Cup, at the National Football Museum in Manchester.

First news of the day is that the oldest surviving FA Cup, a 1910 replacement for the stolen original, was purchased for £760,000 by Manchester City’s owner. It will continue to live in the National Football Museum in Manchester.

When City won the Cup in 1904, it was said to help association football (its real name and source of the word “soccer”) replace rugby football as the most popular sport in Manchester.

Friday evening, Aston Villa, with their first team depleted by Covid, used many youth players in their home tie against Liverpool. Some were so young that, with the training facility closed, they had to be dropped off by their parents — for a game against Liverpool!

For comparison, when I was a teenager, I worked at an amusement park in Memphis and played goalie in a church league.

Most of Aston Villa’s team have been dropped off by their parents to face Liverpool, according to the club’s CEO 😅 pic.twitter.com/Q2BdbgCVV5

And one of them, aged 17 on his club debut, scored a goal! Louie Barry actually leveled things for Villa in the first half with a breakaway goal; he said after the game, “”My family will have been screaming at the TV.”

There’s also a charming post-game story from the BBC: Barry swapped shirts with Liverpool’s Brazilian player Fabinho, only to be reminded by a teammate that he should keep his club debut shirt. So Barry ran down Fabinho, who understood, gave Barry his shirt back, and let him keep his Liverpool trophy.

And then it was “back to digs” in the minivan for much of the Villa squad!

Back to digs in the minibus! 👊

A proud night for our Academy. 💜 pic.twitter.com/U9DsMKQmuD

Saturday Among the Minnows 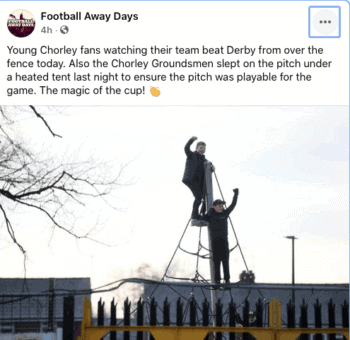 Championship side Derby also got hit by Covid and had to play a bunch of reserves at non-league Chorley. The home team had their groundskeeper sleeping on the pitch the night before, trying to thaw it out, and reported fans leaning out of windows and climbing trees to watch.

Chorley won, 2-0, which probably counts as a giant-killing but with an asterisk in my book.

Still, Chorley are through to Round Four, and they will collect several hundred thousand in prize money to transform their finances. Try to tell their players there’s an asterisk:

Here we go, then – @Adele 🙌 pic.twitter.com/jPhuIvu6dZ

Brilliant scenes, but… Adele? A stalker song to celebrate a historic win?

Meanwhile, Luton Town took out fellow Championship side Reading at Kenilworth Road, one of my favorite old-school grounds of those I’ve been to (which is more than 60). This video of warmups from the club shows some of “the Kenny’s” more eccentric qualities.

Getting warm in the winter cold! 🥶#COYH pic.twitter.com/GKTBq8yMFI

Here is my report from a game at Luton Town.

All eyes will be on the town of Crosby, Merseyside, where eighth-tier Marine FC are hosting Premier League Tottenham in the largest gap in the history of the competition. Somehow, this image says it all for me: 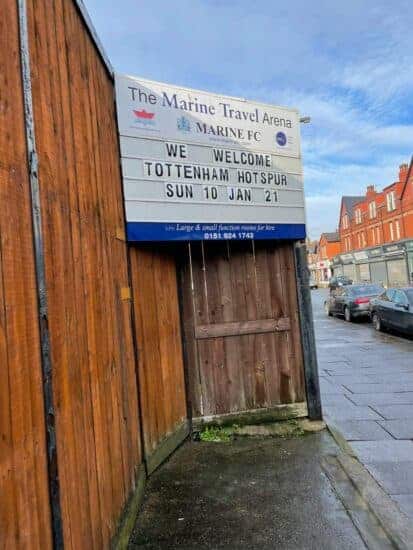 Some Marine fans made an FA Cup song for the occasion!

Everyone is gutted, of course, that fans can’t go to the game. The club said they had lost tens of thousands in potential revenue from the loss of ticket sales, scarves, beers, etc. So they started an online raffle and are selling souvenir tickets. Tickets cost £10 and all purchases will be entered into a raffle, with prizes including becoming Marine manager for a pre-season friendly next season, two season tickets and a signed Marine shirt.

Don’t forget, all FA Cup games are on ESPN+ in the US:

Meanwhile, Marine have told any Tottenham season ticket holders they can come back to the ground next season and attend a game for free.

Liverpool legend Jamie Carragher, who lives in Crosby, stepped in to sponsor their dugouts and pregame warmup kits through his JC23 Foundation. The previous sponsor had pulled out when the game was put back behind closed doors. Wankers.

The other big-visits-little game on Sunday is at 8:30 Eastern, when Leeds United of the Premier League visit Crawley Town of League Two.

Be sure and check back on our blog for a Sunday wrap-up of FA Cup scenes and stories.