Premier League and European Teams in the USA, Summer 2022

Which Premier League and European teams will play games in the United States in the summer of 2022?

It’s a common question among American fans of English and European soccer, so we are going to track news related to European soccer tours of the USA in 2022.

The Citizens will come to the USA for two games in July: on the 20th against Mexico’s Club América in Houston, and on the 24th against Bayern Munich in Green Bay, Wisconsin. Tickets are available from Manchester City. 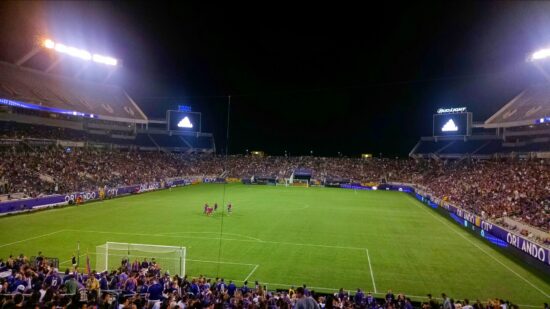 After playing Everton in Baltimore on July 16, Arsenal join Chelsea and Orlando City of MLS in July’s FC Series, formerly known as the Florida Cup.

Arsenal play Orlando on July 20 and Chelsea on July 23, both in Orlando.

Chelsea are also set to play in Las Vegas on July 16 against Mexico’s Club America. Then on July 20 they play Charlotte of MLS in Charlotte, before heading to Orlando to face Arsenal July 23.

These dates are now confirmed for the Toffees: July 16 vs Arsenal in Baltimore and July 20 at Minnesota United. Check the Everton website for more details.

Premier League Clubs Not Playing in the USA, Summer 2022

These Premier League clubs are not coming to the US this summer:

Bayern Munich in the USA, Summer 2022

German champions Bayern will play at DC United on July 20 and against Arsenal in Green Bay on July 23.

The invaluable World Soccer Talk has a list of all the international friendlies in the USA during summer 2022.