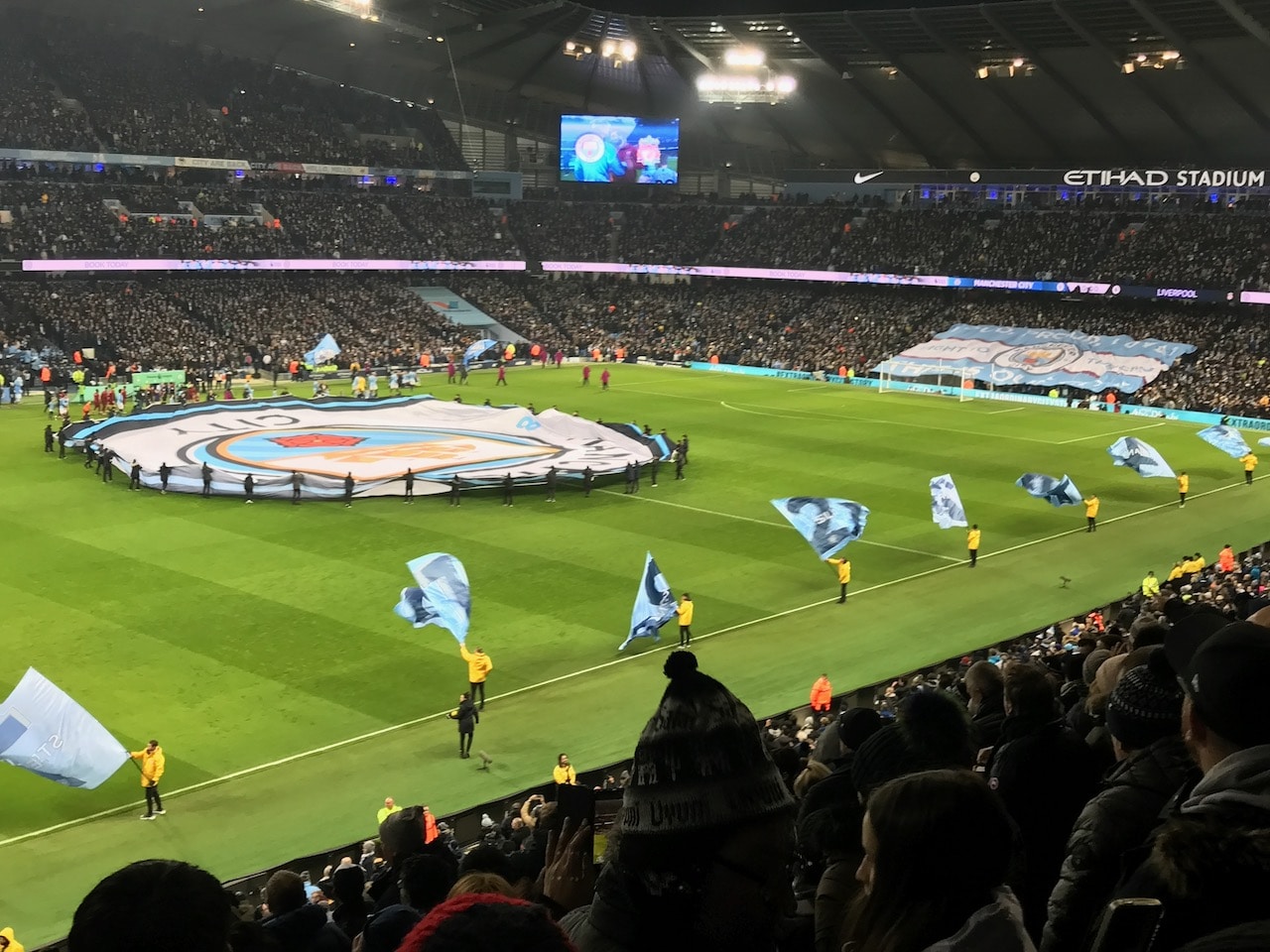 The club once called “noisy neighbors” by Man United’s manager is now one of the biggest and best teams in the world. With their new worldwide following plus a nice, modern stadium in a cool city, they should be a major attraction for groundhoppers.

LOCATION: Two and a half hours from London’s Euston station

NICKNAMES: Citizens, Sky Blues, and just City, which owing to the local accent is often written as “Citeh”

Some of the links below are affiliate links, meaning Groundhopper Guides may receive some compensation if you make a purchase after clicking one of these links.
Shop More Manchester City Fan Gear on Fanatics.com
We use cookies on our website to give you the most relevant experience by remembering your preferences and repeat visits. By clicking “Accept All”, you consent to the use of ALL the cookies. However, you may visit "Cookie Settings" to provide a controlled consent.
Cookie SettingsAccept All
Manage consent