Chelsea will start their defense of the Champions League title in group stage action with Zenit St. Petersburg and then Juventus, their two UCL foes in September. We have previously introduced you to Juventus of Italy’s Serie A, so now let Groundhopper Soccer Guides introduce you to Zenit of the Russian Premier League. 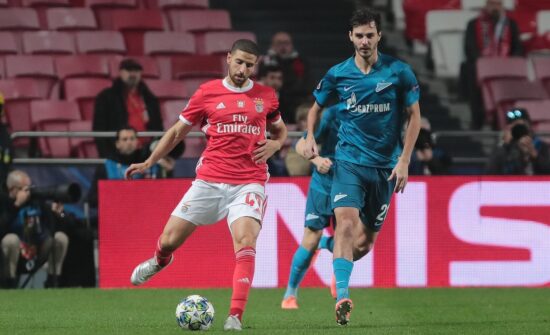 Founded in 1925, Zenit play in the Russian Premier League and have won the league title each of the previous three seasons, and six times overall since 2010. Four players from Zenit’s 2020 squad suited up for Russia at the 2020 European Championship.

This season’s Champions League also marks the third straight for Zenit, although they did not make it out of group stage action in 2019-20 or 2020-21. The club did make it to the Round of 16 knockout stage as recently as 2015-16.

Following the change from the Soviet League to the Russian League, Zenit was re-registered as an independent city-owned professional club in 1990. The club was relegated in 1992 but returned to the top tier of Russian soccer in 1996 and they have enjoyed much success since then.

Krestovsky was one of the stadiums built ahead of the 2018 World Cup. The 67,800-seat venue hosted seven games during that World Cup, including the third place match that saw Belgium defeat England (2-0). It recently hosted another seven games during Euro 2020.

The defending champions, Chelsea, will be playing (in December 2021) in the stadium that will serve as the host for the 2022 Champions League final in May. 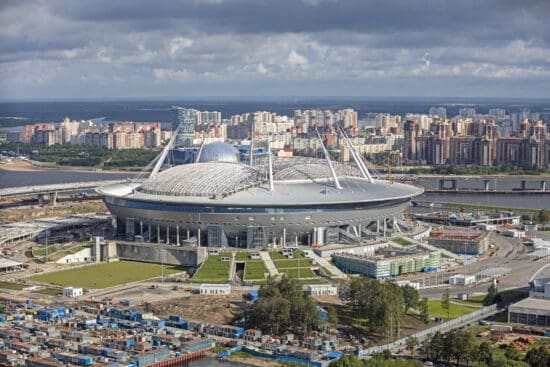 Chelsea will face Zenit at Krestovsky Stadium in group stage action, then hope to make it back to St. Petersburg for the UCL final in May. (Image: Andrew Shiva / Wikipedia)

The City of St. Petersburg, Russia

St. Petersburg is located on the Neva River and is the fourth-most populated city in Europe, and the largest on the Baltic Sea. Known as the birthplace of the Russian Empire (it was the country’s capital before Moscow), it is now known as the ‘Cultural Capital of Russia’ and welcomes over 15 million tourists every year.

One of the main landmarks is the Lakhta Center which was built in 2019, and is the tallest skyscraper in Europe at 1,517 feet. The city also has 221 museums and 2,000 libraries, and hosts over 100 different festivals yearly. 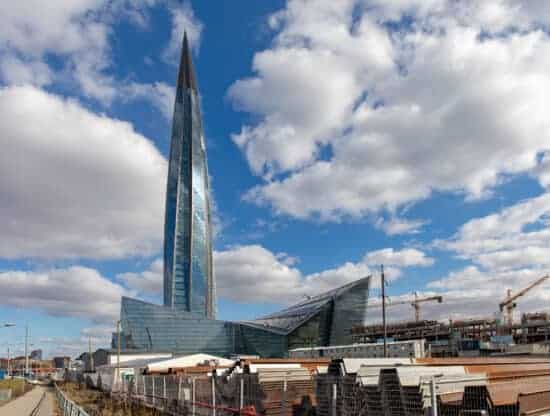 The Lakhta Center is the tallest building in Europa. (Image: Ninara from Helsinki, Finland, CC BY 2.0, via Wikimedia Commons)

Here at the matchups between Zenit and Chelsea: