Watching Soccer Games in England: FAQ From an American Expert

Watching soccer in England is a truly enjoyable experience. I’ve done quite a lot of it myself, making it to more than 100 games at 60+ different clubs, including every club in the Premier League and all but a few in the Championship. 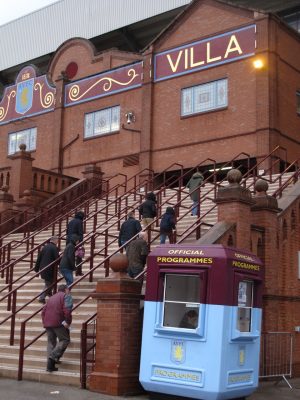 Along the way, I have learned a few things, which I will share here. If you’d like to know more and perhaps get my help in planning your English soccer adventures, get in touch with me about my English Soccer Guide consulting services.

When is the English soccer season?

Typically, the season runs from August to early May. In the summer, many clubs tour the US as part of their preseason training and exhibition season. Others will have some preseason “friendlies” in the UK in July.

So there is soccer in England over the summer?

Which leagues and competitions are there?

The Premier League is the one you’ve almost certainly heard of; that’s where you find Manchester United, Chelsea, Arsenal, Liverpool, etc. Beneath that level, there are three more fully professional leagues, known collectively as the English Football League, or EFL. They are called the Championship, League One, and League Two. There are many more levels below that.

Throughout the year there are also Cup and League competitions that overlap the regular league seasons. The FA Cup is a tournament for all clubs in England. The EFL Cup (aka League Cup or Carabao Cup) is for all professional clubs. The Champions League is a European championship. The Europa League and Europa Conference League are lesser European championships.

There are other, smaller ones; for an explanation of how all this works, including how teams move from one league to another, read this much longer post or check out our video: 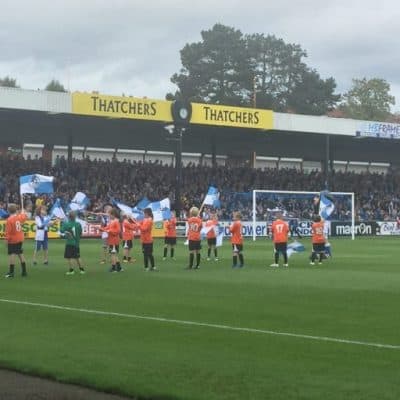 How can I find out when and where the games are?

I have my own links to the full UK and European schedules 2021-22, which you can also download in calendar format here.

For the London area, I recommend a great blog called The London Football Guide. This covers the many amateur clubs, as well.

Why are there some weeks with no league games?

Generally that’s because of an International Break, when players go to play for their home countries. It could also be due to a big weekend of Cup fixtures. Here is a list of all the upcoming international breaks.

Do these schedules change?

Absolutely. The Premier League announces everything for Saturday at 3, then a couple months out many of them get moved to Sunday and Monday for TV. Championship games occasionally go to Friday night. Sometimes a team will advance in a Cup and have to move a league match. Here is a post about TV changes this season. 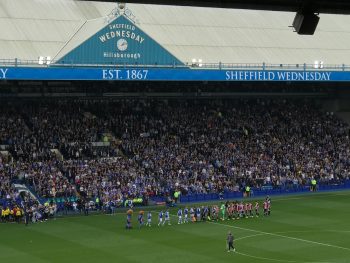 Is it all about the Premier League?

No! I strongly suggest you check out some of the lower-league games for a much more authentic, approachable experience. Here are the lower-league clubs around London, and here is why I actually prefer watching the (second-tier) Championship instead of the Premier League.

How do I decide which game to see?

If you’re set on seeing a particular club, then you’ve made your decision. If you just want to see a game, here is my process for deciding which games to go see.

Where should I sit?

If you have a choice on this, it makes all the difference. The short answer is either (A) with the rowdy fans or (B) with a good view of the away fans. Here’s more about how to choose your seat location.

How can I find out more about each club?

I have a guide to the ones I’ve visited; you can also check Wikipedia and the club’s website. I also use FootballGroundGuide.com for detailed info on getting to the stadium, where to sit, local pubs, etc. 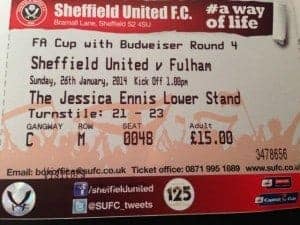 How do I get tickets?

Buying from Groundhopper Soccer Guides is one great option! We sell tickets and hospitality packages along with the consulting and tours we offer.

For leagues other than the Premier League, you can almost always get them straight from the club’s website. For the Premier League, for almost any club you’ve ever heard of, you will probably need to buy a club membership. Even then, it could be tough. Getting more than two together is virtually impossible.

I have a whole post about this. I also have separate posts on some of the bigger clubs:

You can also look into getting a hospitality package, which is often just a regular seat plus some kind of benefit like access to a lounge.

Buying away tickets is really hard.

As for StubHub, etc., I don’t have any first-hand experience, but I have a blog post on the subject.

Here is a video about how ticket sales work:

When do tickets go on sale from the club?

Generally about six weeks before the game.

If my trip is truly soccer-focused, as opposed to just working a game into my schedule, when is a good time to go?

Use this post with a week-by-week look at the current season, and look for times when there are games mid-week. The holidays are a great time.. 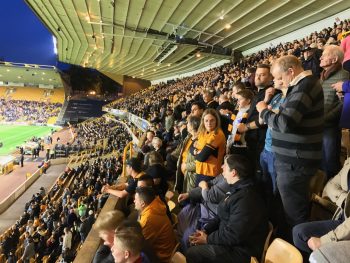 What does all this cost?

It varies, of course, but I have a whole post about the cost of seeing a game in England.

Is it safe to go to games?

Almost completely and without reservation. In other words, follow these simple suggestions, and you’ll be fine.

What’s a good place to get started?

Much of this same material is covered in my post called Planning a Trip to Watch Soccer in England? Here Are Some Starter Tips. You could also buy my book. 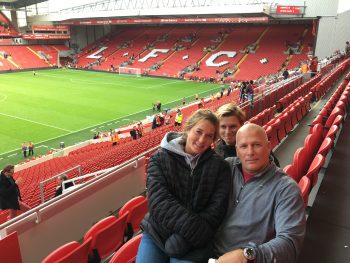 These readers bought a Liverpool hospitality package from Groundhopper Guides.

What if I want some more detailed, personalized help – like from the author of all this?

You can take advantage of my English soccer consulting services.

Can I hear from some people who have taken advantage of these services?

Check out my Google reviews here. You can also read About the Author and About Groundhopper Guides.