We at Groundhopper Guides just love watching soccer in England — any league, any club, any game. But if you are trying to decide which game to see, how do you sort through all the options?

In this post, Groundhopper Paul, who has been to over 100 games at 70 different grounds around the UK, explains how he chooses which games to see.

I love big-time Premier League games, random FA Cup ties, and standing on the terraces in League Two, bovril in hand, learning the local songs. I think you will love it as well; that’s why I wrote and published The Groundhopper Guide to Soccer in England and now run a consulting and ticket/hospitality business.

But here’s the thing: If you aren’t set on a particular club, then how do you decide which game to see?

There are a few ways to approach this question:

Where will you be?

If you’re in London, you will have tons of choices. To get a sense of this, check out the amazing blog The London Football Guide. In other cities, you will have fewer options, but more than you might think.

Vacationing in Bath, for example? There are two clubs 12 miles away in Bristol (City and Rovers).

In Manchester or Liverpool? There are about two dozen clubs within an hour or two. In Newcastle? Several to choose from.

There are some other common tourist destinations with clubs: Oxford, Cambridge, Norwich, and Nottingham, for example.

When will you be there?

The English soccer schedule (aka the “fixtures list”) can get confusing. In the States, we announce the schedule, sell tickets, and that is that. In England … well, first of all, there are multiple leagues and “cup” tournaments (and even some trophy tournaments!) with overlapping schedules that often don’t get set until a month before the game. So there are sometimes games every day of the week.

But the times change frequently. If you’re looking at a schedule, especially for the Premier League, more than about six weeks before the game, you will see that all the games are all scheduled for 3 p.m. Saturday. But at some point the TV folks will move one to noon, another one or two to 5 p.m., a couple to Sunday, maybe one to Monday — all on six weeks’ notice. And they could be moved to whole different week for a cup game! So you have pay attention.

Here is a look at the 2021-22 Premier League schedule. The schedules for the other English seasons and the European schedule are due out later this summer.

Who do you want to see? 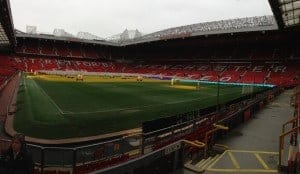 Like I said, if you’re set on seeing a particular club, then there you go. Just hope they are at home and you can get tickets — and watch the schedule for changes and new games!

If, on the other hand, you just want to see any Premier League soccer, then you’ll possibly have more options — again, depending on where you are, when, and how willing you are to travel. For example, I helped some folks who bought a roundtrip train ticket from London to Manchester, two hours each way, to see United play.

If you want to see a smaller, more accessible club, and have an easier time with tickets, check out a Championship game, or League One, or go really small-time for a truly family, neighborhood experience.

Look for the rivalry games 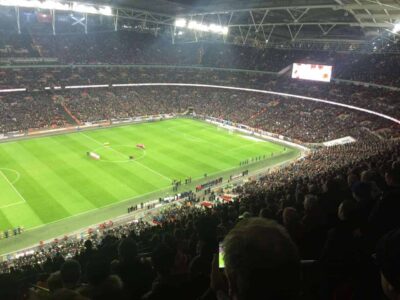 England vs. Scotland — that’s a rivalry!

I want to see everybody, and I love to travel, so here’s what I look for:

How close are the two teams? Just plug their names into Google Maps and check the distance. This has to do with how many visiting fans will be there, making for a good atmosphere.

Is it a rivalry (or a “derby”)? Usually this corresponds to distance, but not always. You wouldn’t think Brighton and Crystal Palace are rivals, but they are.

Is it a potential “giant-killing” cup game? In other words, is a big club visiting a small one, or vice-versa? This makes for some good action — and perhaps something historic like seeing Sunderland win at Manchester United in front of 9,000 of their fans: 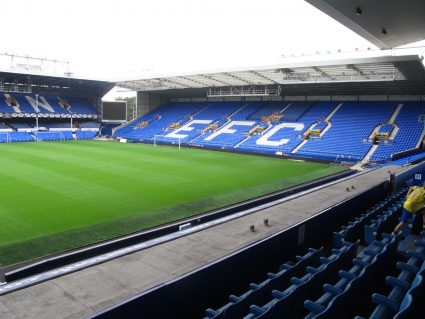 How is the ground?

I love the old grounds, so I always check Wikipedia for the club, to see if they are still in the old place (like Everton, until their new stadium opens in a few years), if there has been a lot of remodeling (like Liverpool), or if it’s one of the new, generic places (like Reading).

What else is there to do in town?

Maybe your whole group doesn’t want to go, so what else would they do in town? Or what will you do before and after?

In London this is a breeze; same for Manchester or Liverpool (especially if you’re into the Beatles). But maybe you want to hit the coast, in which case I’d say go to Brighton, Bournemouth or Bristol. If you’re up north, maybe going to Scotland, swing through Newcastle for one of the clubs up that way. Nottingham is awesome, with two clubs and all the Robin Hood stuff. Oxford and Cambridge kind of speak for themselves as tourist destinations.

Just check the town on Wikipedia or GetYourGuide and see what you come up with.

Boiling it all down

Here is my process, assuming I know my location, for picking a game:

If you want to dig deeper into this whole process, check out my Frequently Asked Questions about English soccer travel, and consider taking advantage of my Consulting Services.