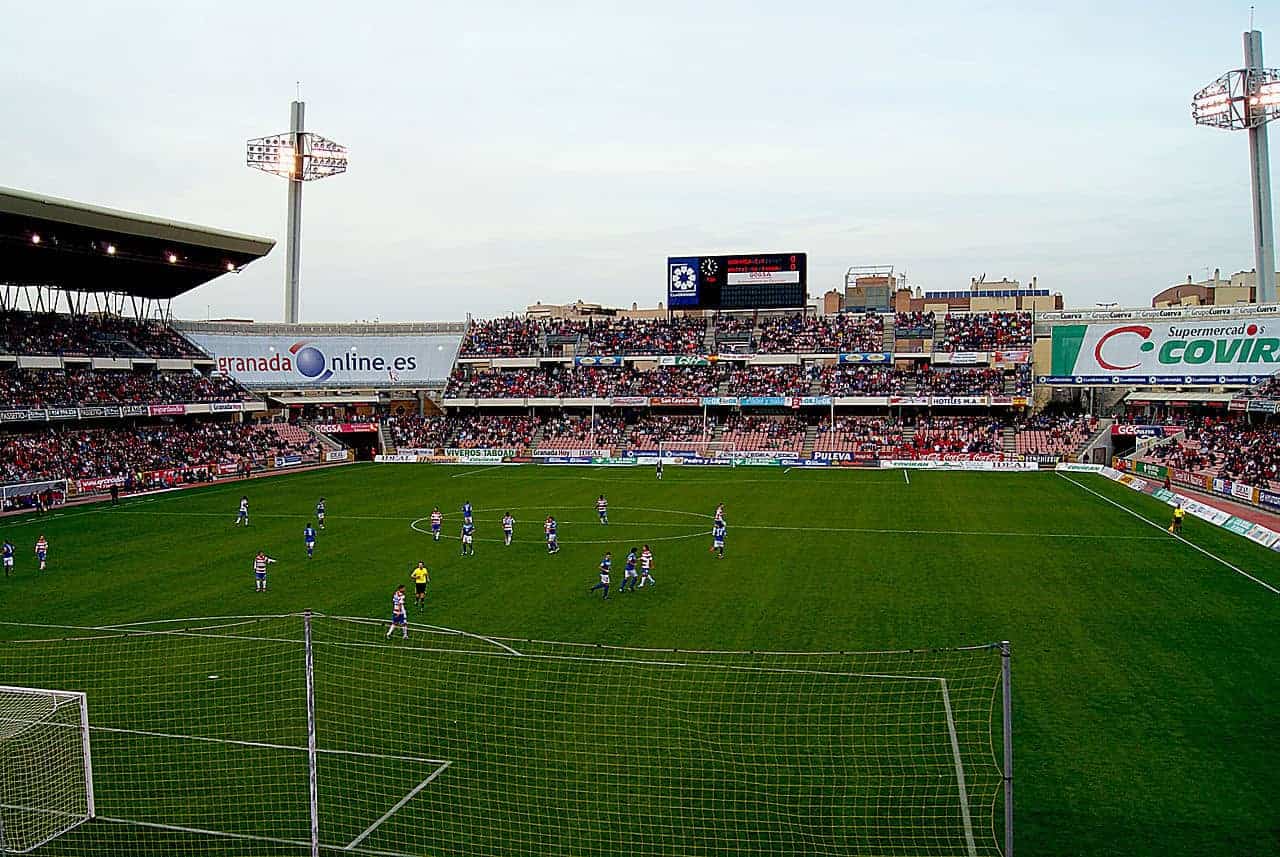 Granada CF is a Spanish football club which many folks will recognize as Manchester United’s opponents in the 2020-21 UEFA Europa League. Here is a brief history and some background information about the Nazaríes and the Spanish city they call home.

Granada Club de Fútbol, known simply as Granada or Granada CF are playing in a European competition of any sort for the first time this season, and the 2019-20 season saw their second-highest league finish. The club ranks about 20th in the historical points table of Spanish football. While they are far from being a “big club” in Spain, they have a lovely stadium in an absolutely beautiful city, so groundhoppers should definitely put Granada high on their must-see list.

Their nickname in Spanish is Nazaríes, or Nasrids in English. The Nasrid dynasty was the last Muslim dynasty to rule this part of southern Spain (the Iberian Peninsula), until 1492. It was they who built the area’s most famous attraction, the Alhambra Palace. 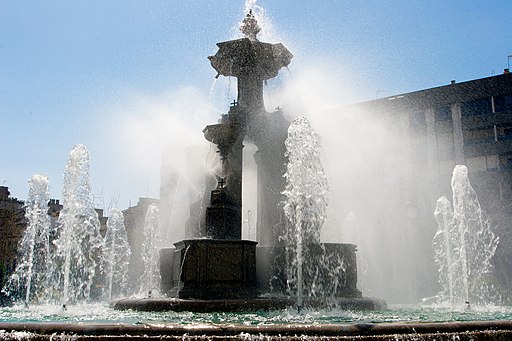 The club was founded in 1931 and by the 40s was already in the top Spanish division, La Liga. They bounced around the divisions a bit, with a highlight being a trip to the 1959 final of Spain’s domestic cup, the Copa Del Rey, or King’s Cup — equivalent to England’s FA Cup. They lost that final to Barcelona, and they’ve only made the semifinals twice since, including the 2019-20 season.

The golden years were the early 70s, when they twice finished 6th in the league, including in 1972 when they won nine of their last 10, including over Real Madrid and Barcelona.

They spent much of the 90s in the third tier, and even some of the 2000s in the fourth, leading to financial troubles that almost sank the club in 2009.

They solved this in an interesting way. The owners of Italian club Udinese bought a controlling share of Granada and effectively turned them into a development club, loaning players to them en masse and sending youth players over to get some experience.

This infusion of talent and cash led to a top-flight return in 2011, and in 2017 the Italians were bought out by a Chinese businessman. The 2019-20 season, when they finished seventh and thus earned their first European spot, would seem to imply the new ownership is working out. 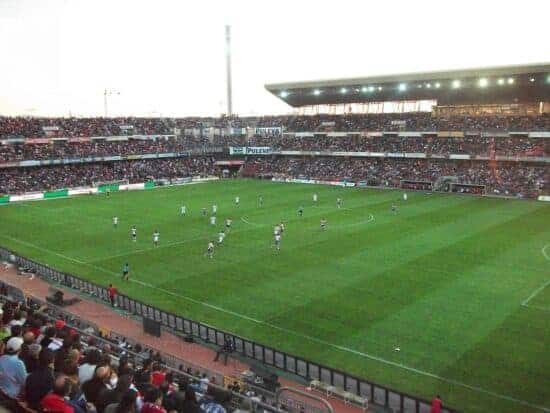 Granada’s 19,000-seat home since 1995 replaced the previous Estadio de Los Cármenes, where they had played since the 1950s. It looks a cozy four-sider with three tiers all around, and the new owners have sunk a lot of money into it. Since 2019, they have replaced the pitch, spruced up the seats, expanded the club store, and replaced the lights to bring them up to league standards.

Next up, they hope to close in the corners and add shopping to the facility. So the Nazaríes might want to stay in La Liga!

Granada and Málaga, some 75 miles apart in Andalusia, contest the Derbi Andaluz, or the Derbi Oriental. In 86 meetings since 1933, it stands at 33 wins for Granada and 28 for Málaga with 25 draws. 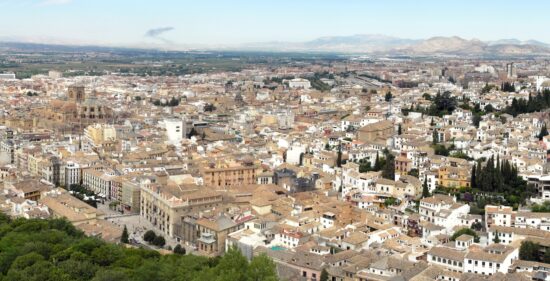 The City of Granada

Granada’s metropolitan population is around 500,000, and it sits very near the southern (Mediterranean) coast of Spain. As such, it was ruled by Muslim dynasties for hundreds of years, and it’s for this mix of cultures that the city is a popular tourist destination. Specifically, the Alhambra Palace is one of the most-visited attractions in Europe. Mainly built in the 13th century, the fortress complex was heavily damaged by Napoleon in the 19th century before then being “rediscovered” by travelers and intellectuals like Washington Irving, who wrote a famous and influential book called Tales of the Alhambra: A Selection of Essays and Stories. Today the entire Alhambra is a UNESCO World Heritage Site.

The Alhambra, though, is not the only place to see such historical influences. The Albaicín neighborhood, also a World Heritage site, dates to the same time as the palace and is known for winding streets with distinct architecture. Otherwise, Granada is known for the Spanish-Islamic artistic influence which is visible in its palaces, gardens, and historic neighborhoods. The sunny and warm climate for most of the year also attracts many vacationers.

We defer, as always, to our guru Rick Steves who will make you want to go there:

If you can read Spanish, Tapas Nazaríes is a combination of recipes and football memoir designed to transport you to the past. As for the city itself, check out Granada: A Pomegranate in the Hand of God for a general history, or Granada Revealed: The Alhambra for a guide to the Alhambra. Rick Steves has a more general guide called Snapshot Sevilla, Granada & Andalucia, and a 2021 guide called Eat Like a Local: Granada that looks, well, tasty!

Getting Tickets to a Granada CF Game

We cannot imagine any of their games sell out, unless one of the big clubs are in town. Check the club’s official website for more info.

Groundhopper Guides works with clubs all over the UK and Europe to offer tickets and hospitality packages. If you want to see what we have available, just fill out the form below, and we’ll get in touch!