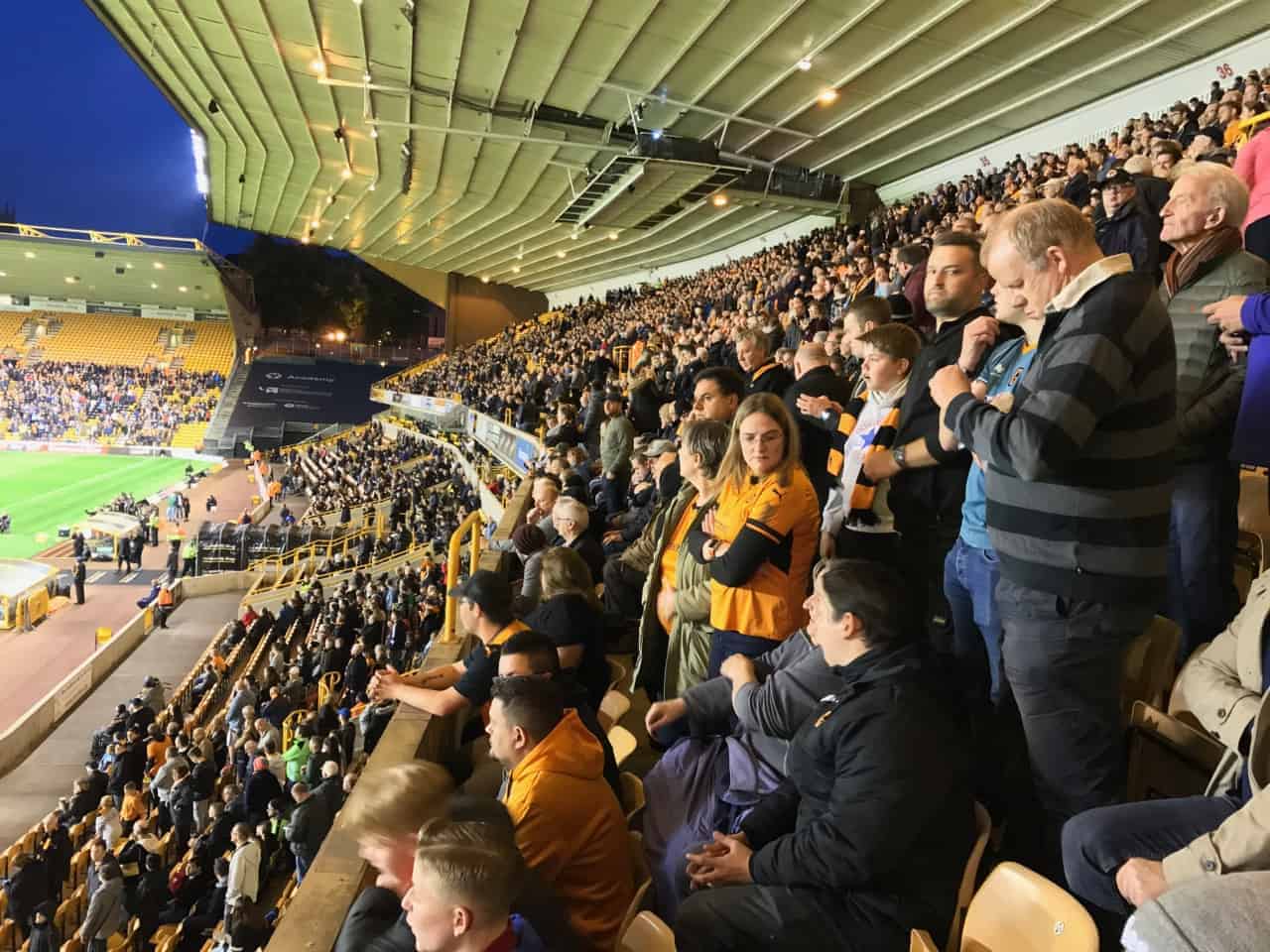 Boxing Day football fixtures have been a tradition in England for decades, so let’s review some of the more interesting ones for 2020 and then take a look back at memorable Boxing Day games. 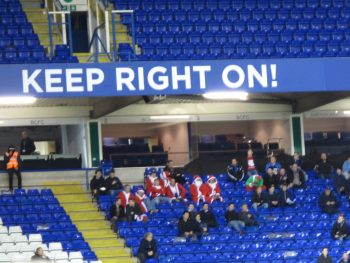 There will be Santas aplenty, like these Cardiff City fans at Birmingham City.

December 26 has been known as Boxing Day for centuries, whose name comes from workers getting a Christmas box (essentially a holiday bonus) on the first weekday after Christmas. Another variation is about monetary donations (put in alms boxes placed in churches) being distributed to the poor. Boxing Day was officially declared a bank holiday in the UK in 1871.

As for the Boxing Day tradition of playing football games, that is owed mainly to the sport’s working-class roots. At first the games were on Christmas Day because that’s one of the few days workers had off. When Boxing Day became another day off, games were added that day — and often played on both days until the late 1950s. The last Christmas Day games were in 1965.

Because travel is more difficult around the holidays, Boxing Day games tend to be local affairs. However, the bigger derbies are not played then, as they draw large enough crowds no matter when they happen. Also, anyone at home in a Boxing Day game will be away on that other traditional game day, New Years Day.

Boxing Day games can be tough tickets; one recent season showed games at 97% of capacity in the Championship.

While television will (around October 11) move some 2022 Boxing Day Premier League games to other days, the next five tiers of the Football League and National League will see every team in action on December 26.

Beyond tier 6, there are literally hundreds of games up and down the country, meaning that in virtually any settlement in England that day, there’s football. And it’s not just England, by the way: All the top Scottish leagues are playing, and there are 20 Boxing Day games in the Scottish Cup.

Related: All About Football During the Holidays in England

No doubt the headliner Boxing Day games in the Premier League in 2020 see West Ham visiting Arsenal and a couple of London derbies: Spurs at Brentford and Fulham at Palace.

Also up that day: Liverpool at Villa, Bournemouth at Chelsea, Wolves at Everton, Man City at Leeds, Newcastle at Leicester, and Forest at Man United and Brighton at Southampton. Note how they tend to be regionalized to make travel a bit easier for supporters.

Most of those games are on NBC in the US, but remember you can see all the Premier League games on their streaming service, Peacock.

2020 Boxing Day Games in the Championship on ESPN+

In the Championship, where you can see games on ESPN+, Boxing Day football on TV includes Birmingham City making the short trip to Nottingham Forest and two clubs just in the Premier League last season hooking up as Norwich City visit Watford.

Memorable Boxing Day Games of the Past

There have been many so-called “Christmas Crackers” around England, so let’s take a look at some of the classics at the top of most “Best Boxing Day games” lists.

Special mention must be given to Boxing Day 1963, which was an absolute goalfest featuring 10 top-tier games with 66 goals scored, seven hat-tricks, and four sendings-off. Two games that day in London stand out: Blackburn Rovers came in and whipped West Ham, 8-2, while Fulham destroyed visiting Ipswich Town, 10-1.

It’s Hull City away to Manchester City, and at halftime the visitors are down, 4-0. So Hull manager Phil Brown decides to let his players have it — on the field, in front of the Hull fans. I don’t know why there isn’t audio in this post, but you get the idea:

A fun coda to this one is that the following year, City went to Hull, and when Jimmy Bullard scored a penalty to level it, well, check out the celebration:

Yes, Coventry City used to be in the Premier League, and in 1999 they had a memorable Boxing Day win over Arsenal at their old ground, Highfield Road. They also, as you’ll see here, had a young striker named Robbie Keane.

Eight goals, three red cards, and a (now) funny-sounding reference to Villa’s “of course they did” victory the previous week over Manchester City.

Remember when Javier “Chicarito” Hernandez was a thing in the Premier League? Watch him get the “Fergie Time” winner here. And speaking of Sir Alex Ferguson, look at him hop into the arms of his assistant!

Watch Thierry Henry get a hat trick, check out the “cheeky, classy” finish from Patrick Viera, and have a look at Arsenal’s old home, Highbury, which you can still kind of visit before a game at Arsenal.

Sorry, I couldn’t find a shorter highlight package for this one. Like Coventry City, Charlton Athletic also used to be in the Premier League; also, Charlton used to have a keeper missing a front tooth; Claudio Ranieri used to manage Chelsea; and their current manager, Frank Lampard, used to be a 25-year-old “midfielder who gets the occasional goal.” 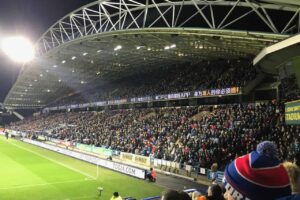