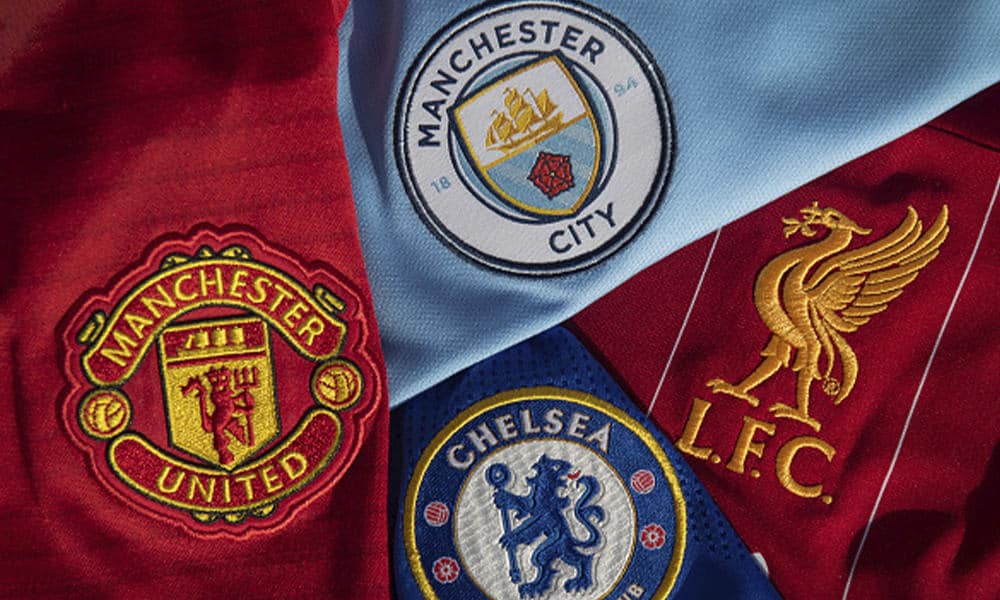 The last day of the Premier League season — indeed, all of English soccer — is one of the things that makes watching the game so much fun.

Let’s talk about why that is, and visit a few of the memorable last-day scenarios from years past.

The last day of the 2021-22 Premier League season was May 22, and in the three divisions of the English Football League was May 7.

We have a post tracking all the promotions, relegations and European places in the 2021-22 season.

Here’s the schedule for the entire 2021-22 season in English and European football. The 2022-23 Premier League season starts August 5.

I’m sure the last day is interesting in all leagues and sports, but in England they have a cool way of doing it, plus there is more at stake than usual. The bottom line is that the entire league plays on that last day, at exactly the same time.

To understand why they do this, let’s first quickly review how they determine champions, and what else can be at stake on the last day.

The leagues and cups of English football are arranged in a pyramid, connected by promotion and relegation. So, at the end of the season in all the leagues, there is a champion determined by record over the course of the whole season — but also, the bottom three clubs have to drop down a league for the whole next season. That’s relegation. Promotion is simply the top three coming up from the league below.

That’s why, in the Premier League, when all the games kick off at 3 p.m. their time on the last day of the season, there can be a lot of stuff still on the line: Who will win the league? Who will go down? Who will get into Europe? If any (or all) of these questions are unanswered on the last day, there will be a lot of people paying a lot of attention to a lot of different games at once — with many of those games having an effect on each other.

Why do they do it this way? To avoid teams colluding, more or less. Let’s say you’re close to relegation and your opponent is sitting in fourth place. Obviously, you’d both like to win, but losing would be disaster. Meanwhile, if another result earlier in the day has gone a certain way, it might benefit both of you to draw. And you might then spend 90 minutes kicking the ball around and not bothering the goalkeepers at all — hardly a sporting reaction, but it has happened.

To avoid that, they all play at once, which every English fan I have asked about this describes as “chaos.”

Teams and players also get prize money for their finishing spot in the table, so on the last day there could be millions of pounds at stake, even for a team that won’t win a trophy or promotion. 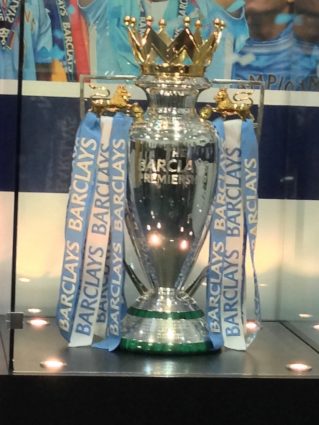 Winning the Premier League Title on the Final Day

Often, the league championship comes down to the last day.

The most famous example by far was the year that Manchester City took the title away from their bitter rivals, Manchester United, in literally the last two minutes of the season.

Here’s the setup: Going into the last day of the 2012-13 season, City and United were level on points, but City were well ahead on the first tiebreaker, goal differential. So, it was simple: The club with the better result that day would be the champs. Same result? City are champs for the first time since 1968. United were at Sunderland, and City were at home to Queens Park Rangers, who were also trying to avoid relegation.

Skip ahead about 90 minutes. United are wrapping up a 1-0 win at Sunderland, but City, shockingly, are trailing QPR, 2-1. Assuming United won, City had to win, or watch United celebrate again. I’ll let this video take it from here (the best part starts at around 5:00).

Just as an add-on here, it’s worth checking out the scenes from Sunderland that day, where the Sunderland fans, after hearing of City’s heroics, couldn’t help but taunt United by singing “Who are ya?” and “You’re gonna win fuck-all” and then doing City’s famous Poznan dance, locking arms and dancing with their backs to the pitch. After all, everybody but United fans really hate United!

In other memorable last days, Man U won the title by a point over Arsenal in 1999; in 1989, second-place Arsenal won at Liverpool 2–0 (with an injury-time winner) to take the title from the Reds on goal difference.

The Battle for European Places on the Last Day

There is a whole different competition at the top of the Premier League table, as well: Who will finish in the top four, thus qualifying for next season’s UEFA Champions League? For that matter, who will finish fifth and get into the 2021-22 Europa League? In the lower leagues, the top two teams are automatically promoted, but Nos. 3-6 go into the English Football League playoffs.

One possible scenario is a team doing what they needed to do to stay up, then having to wait a few very nervous moments to find out what happened elsewhere. That describes the last game for West Bromwich Albion in 2005. West Brom was bottom of the table at Christmas — which no club had ever survived — and bottom of the table at the start of the last day of the season. They needed to win at home vs Portsmouth, but they also needed Crystal Palace to not beat Charlton. With that in mind, enjoy this  video.

I love the fans in West Bromwich cheering something they’ve heard about from London, the vibe of a game going on in front of thousands of people whose minds are elsewhere, and that awful 30 seconds after they had won but they didn’t know how it came out. It’s worth five minutes of your time. Another fun thing about this clip is that when West Brom stayed up, it meant Southampton went down, so the visiting Portsmouth fans went on the pitch, as well — to celebrate their rivals’ relegation!

Coventry City 1997: As Sunderland and Middlesbrough both failed to win on the last day, Coventry won at Tottenham, 2–1, and went from nineteenth to seventeenth. There’s a famous image of a Boro player named Juninho weeping after their game at Leeds United.

West Ham 2007: They were ten points from safety with ten games to go, went on a run, and still had to win at Man U the last day to stay up. They did indeed win. But Man U had already won the title, so they played a weak side against West Ham, which got them fined. In the end, it was Sheffield United that went down.

Fulham 2008: The Cottagers were six points from safety with five games to go. They won one, lost one, then trailed 2–0 at Man City with twenty minutes left. They scored three in that one, then gutted out a 1–0 win at Portsmouth on the last day and beat the drop.

Sunderland 2014: In the drop zone in April, with away games left against Man City, Chelsea, and Man U, Sunderland manager Gus Poyet said it would take a “a shock, a miracle.” And shock they did: they drew at City, won at Chelsea and Man U, won two home games, and coasted on in.

Leicester City 2015: Forget Christmas: Leicester were bottom of the table at the end of March. All they did was win seven in a row to get to fourteenth — and then they won the whole league the next year!

Another aspect of the last day of the season is that many of the games don’t mean a thing, which leads to a certain carefree atmosphere and a go-for-it approach on the pitch. I haven’t seen stats on this, but “people always say” that the last weekend is the highest-scoring of the season.

There have certainly been some completely random results, like an already-relegated Newcastle destroying Tottenham at home, 5–1 in 2016. What’s Geordie for “cathartic”?

I know for a fact that supporters often have a “who cares about the result” mentality on the last day of the season. I saw Everton play at Tottenham on the final day in 2019, when both teams had already done everything they could for the season. Spurs had guaranteed their Champions League spot for the next season, and Everton were completely safe in the table.

Tottenham had also qualified for that season’s Champions League final against Liverpool, so occasionally Everton fans would burst out in song about “When Tottenham win the Cup,” and, of course, Spurs fans would join in.

Meanwhile, Liverpool and Man City were vying for the league title, so every time something good happened for City, the Everton section in London erupted in cheers, like they did here, just before getting a goal of their own to celebrate.