Some More Thoughts on This Whole “Soccer” Situation

Once again, I shall wade into dangerous cultural waters. But this whole thing about Americans calling the world’s most popular game “soccer” just keeps coming up in lots of ways, and I have some more thoughts on it.

First, as I have explained before, the word “soccer” originated in England and was fairly widely used there until roughly the 1970s, including by …

Note that even the legendary smart-ass Brian Clough didn’t call him out on that one.

Even today, one can get to either Liverpool club on the, yes, Soccerbus: 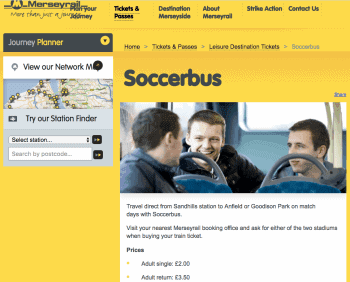 Should we tell these guys they’re on the wrong bus?

And somehow even the great and mighty BBC has a current show with “the s-word in it.” 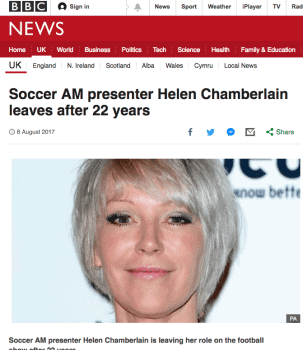 Maybe she left in protest over the name?

But these are facts, and when discussing the word soccer — indeed the entire sport, no matter what one calls it — we are dealing instead with emotion. We all, regardless of citizenship, check our reason at the entry to the football ground. This is why I feel I must tread lightly. 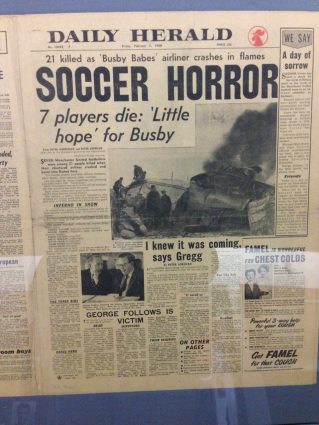 Manchester newspaper after the 1958 airplane crash.

It’s just that I am more convinced all the time that somehow, Americans saying “soccer” really touches a nerve in the English psyche. And at the intersection of the English psyche, Americans, and the game officially known as Association Football lies a fair bit of, well … crazy.

Think about this: Do English people challenge Canadians, Australians, Irish or New Zealanders on their use of soccer? I rather doubt it.

Likewise, do the English get upset when Americans call a lift an elevator? I can assure you they don’t. Just like flats (apartments), motorways (expressways) and boots (trunks), it’s just one of those things where we shrug our shoulders at each other and somebody brings up the Oscar Wilde quote about how we are “divided by a common language.” Aren’t we cute.

But the English feel this very strong sense of ownership over football, and for obvious reasons: they invented it and spread it all over the world. (Adding to the defensiveness, they are nonetheless all too aware of not being particularly good at it.) So football is indeed their baby, and they understandably get emotional about it. If you name your daughter Susan, you don’t want some annoying neighbors always calling her Susie. 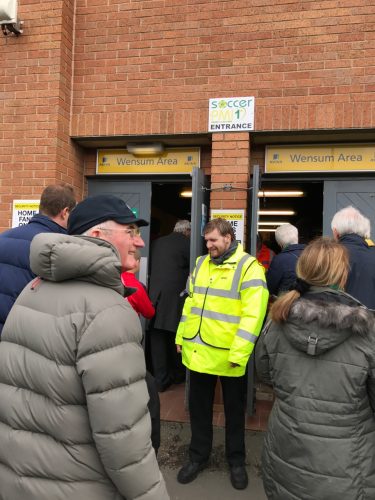 See the sign above this gate at Carrow Road, Norwich?

Yet isn’t it the simple truth that there are many codes (sets of rules), and therefore different types of football? Gaelic football, association football, rugby football, Aussie rules, American, Canadian, and so on? Why should people care which nickname one country gives another’s, especially when said nickname was invented by that other country?

There’s also this awkward fact that when we adapted rugby football to our tastes, we wound up with an American “football” in which the foot rarely meets the ball. And we have the annoying habit of abbreviating everything (such as EPL), and even I get annoyed when Yanks call it “The Prem.”

While I might be betraying some insecurity here, I think many English see Americans as, at times, lacking class and/or intelligence. And, let’s face it: We do. (See Trump, Donald). Even I, who is but a frequent traveler to the UK, often wish Americans on the Tube would shut the fuck up.

I’ve even heard more than one English person refer to all-seater stadiums as “American style,” as if we somehow invented a less romantic and atmospheric version of the game. 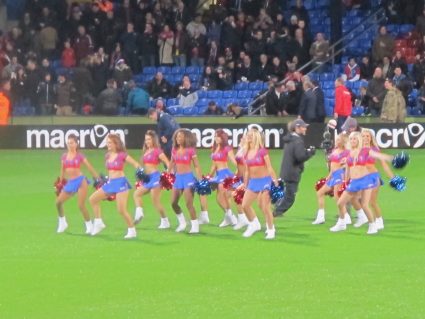 On behalf of the entire United States of America, I am truly sorry.

Likewise, Crystal Palace is simultaneously mocked as having a “manufactured” atmosphere (and a cringe-inducing dance squad) as well as being the “most American” club.

In fact, I am convinced that a major factor in English people largely dropping the use of “soccer” is that Americans picked it up. Both happened in about the 1970s, and it would be a funny coincidence, no?

So, when I am having what I call the Standard Football/Soccer Conversation with an English person — and depending on their tone — it occurs to me to offer one of these responses:

I fully realize that, with my book called The Groundhopper Guide to Soccer in England, I am going to catch some shit … excuse me, get some stick from the English portion of my audience. And that’s fine. We’re all just going to have to live with each other.

But sometimes, in between taking the piss — or busting somebody’s balls if I’m west of the Atlantic — I do want to hold up a mirror to my English friends and say to them, “You know you’re being a little crazy, right?”