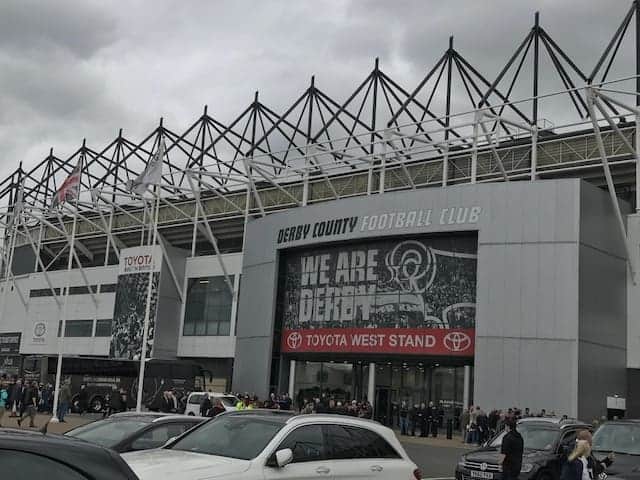 What is Going on with Derby County?

News broke recently that Derby County FC, an original member of the Football League in 1888 and now famously managed by Wayne Rooney, entered administration and actually might go out of business.

What does all that mean? We’ll try to explain it.

What Does “Administration” Mean in England?

Administration in England is basically the same thing as bankruptcy in the United States. It means that Derby County, in this case, can’t pay their bills or service their debt at full value, so an administrator will take over to get creditors paid what they can.

Administration can be a way to salvage a struggling company and let it emerge under a new financial plan. But it can also result in the company receiving a “winding up” order, which means it no longer exists and all its assets are sold, with the proceeds going to creditors.

Why is Derby County in So Much Trouble?

The allure of the Premier League, and all of its television money, is so great that some owners will quite literally bet the bank — or the club’s finances — on getting there. That can be all good if you make it, but Derby County didn’t make it. They were in the Championship Promotion Playoffs (yes, English soccer has playoffs) four times from 2014 to 2019, but they never got promoted to the Premier League. In two of those years, including 2019, they lost in the final.

Not getting to the Premier League doesn’t kill a club, but buying expensive players and paying them high wages on long-term contracts in the hopes of being in the top tier, and then not making it … that may kill Derby County.

Think of it this way: You’ve got expensive players, a big stadium, lots of debt and a late tax bill. Try paying for all that in the Championship, selling tickets to the Barnsley game and rarely being on television!

That is just Derby’s problem in a nutshell, though; if you want some serious detail, The Athletic has an excellent piece that lays out how money isn’t Derby’s only problem; a long line of poor decisions has left them in great peril, and whether they survive at all is very much in question. 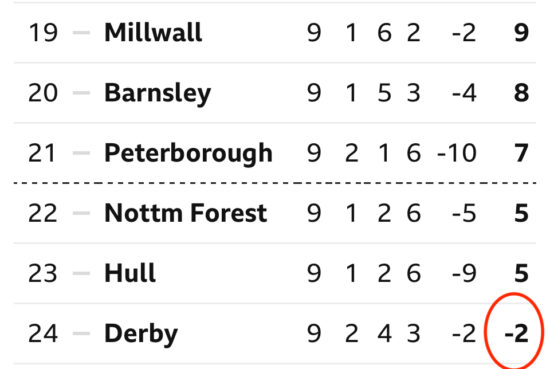 What Else Happens when a Football Club enters Administration?

Aside from the money, when a club goes into Administration or runs afoul of league financial rules, the Football League often hits them with a points deduction. This happened recently to Sheffield Wednesday, another big club that is a total mess at the moment. They were in the Championship in the 2020-21 season, but a poor season plus a points deduction meant they dropped down to League One.

This has now happened to Derby County — twice. In the 2020-21 season, they got hit with a deduction which, controversially, was assessed after the season, meaning they stayed up by one point and Wycombe Wanderers went down to League One.

Once Derby went into administration this season, though, they got hit with a 12-point deduction, meaning for a while they had a negative points balance (above). As of this writing, having played 10 games, they have one point. And another deduction could be on the way.

So, as hard as it would be to pay those bills playing Huddersfield Town in the Championship, imagine it while playing Accrington Stanley in League One. It’s very hard to get out of that kind of trap. Ask Sunderland.

How Common is Administration in English Football?

Since 1983, dozens of clubs have gone through administration, and some didn’t survive, although some — including Darlington FC, Aldershot Town and Bury — came back as fan-owned “phoenix” clubs.

The biggest clubs to go into administration include Crystal Palace, Southampton and Portsmouth.

Meanwhile, check the top of the Championship table sometime, and you are almost certain to see clubs recently relegated from the Premier League. That’s because they get “parachute” payments after they drop, meaning they arrive in the Championship in better financial shape than many of the clubs who’ve been there for years and haven’t been relegated.

Needless to say, many clubs (and the Football League itself) would like to rearrange this situation. 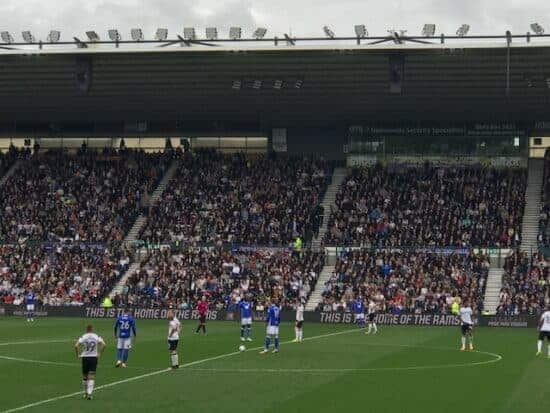 Crowds like this, in the Championship, will be hard to come by in League One.

What Happens Now with Derby County?

One of their sponsors, 32Red, has agreed to pay much of their contract upfront, giving the club some much-needed cash. But unless somebody steps up with about £50 million (that’s about $67 million US) just to pay off the debts, then become the owner of a League One club, it’s in the hands of the courts and the banks.

The administrators have told the BBC the club has a 95% chance of survival, but already deep job cuts are underway, hitting the people who can least afford it: office and gameday staff, in other words, not the players.

Derby County are almost certainly going to play in League One in the 2022-23 season. If nothing else, they can at least commiserate with Sunderland and Portsmouth. When, and whether, any of them get out of there is anyone’s guess.