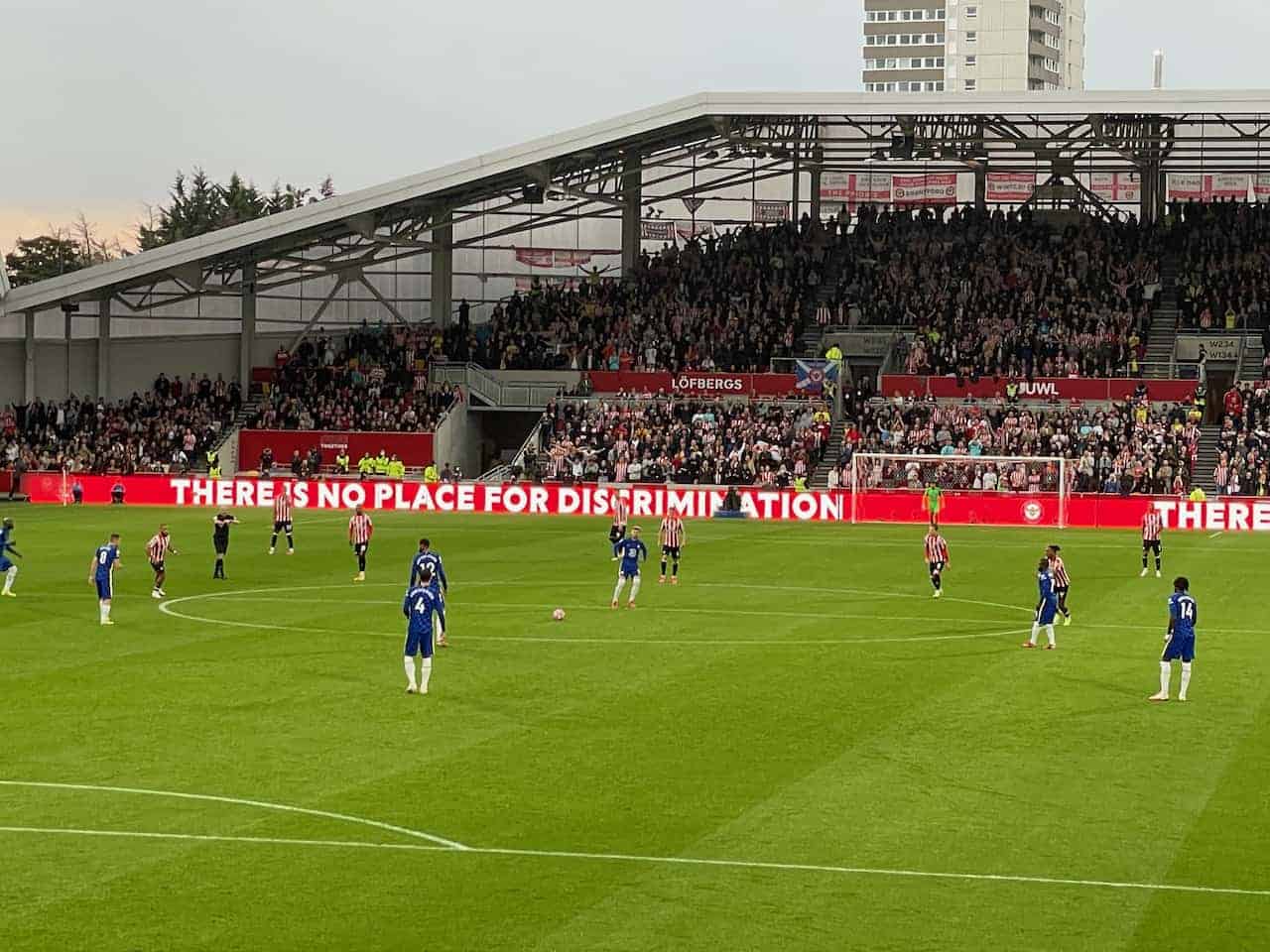 How to Buy Brentford FC Tickets

With the Bees up in the Premier League, playing top-tier English football for the first time in 74 years, buying Brentford tickets has become a real challenge. But it can be done, and here’s what we have learned at Groundhopper Guides.

The first thing to know about buying Brentford tickets is that it is really about buying a Brentford ticket. Getting more than one Brentford Premier League ticket, and getting them together, is darn near impossible, unless you have a long history of buying tickets at Brentford — in which case you aren’t reading this post!

So, let’s do some very quick background on how English soccer tickets are distributed, then we’ll get into the Brentford tickets situation.

English Soccer Tickets: How Does This Work?

All clubs follow the same basic timeline with tickets to any given game:

At most Premier League clubs, very few games ever get to General Sale. Even if they do, getting more than one seat together at the biggest clubs is super tough. You might score something behind a goal, in lower rows, at a big club vs a little club, and Cup games are an option as well. 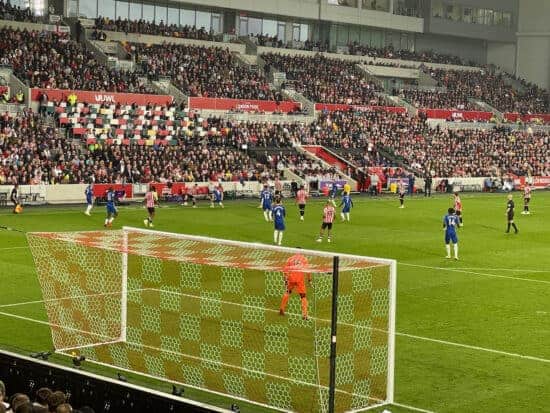 View of the Main Stand during the Brentford-Chelsea game in 2021.

Getting A Brentford Ticket With a My Bees Membership

Let’s take the example of Brentford vs Chelsea in the Premier League, a game to which your author secured a single ticket — lynchpin for the early stages of my 2021-22 groundhopping adventures.

The game was set for October 16, 2021, and on September 13, club members with 1,100 Ticket Access Points — that’s their loyalty program — had a shot at one ticket per member. Two days later it opened up to members with 850 TAPs.

I had 765 TAPs from a few previous trips to their old ground, Griffin Park (here’s one of them). So I had to sit this one out. Nervously.

On September 20, Brentford opened up the sale to all members — thankfully at 2 p.m. London time, because I was on the US West Coast at the time. I logged in at 6:01 a.m. Pacific, waited in a queue to access the site, got bounced out a few times, then by 6:10 had myself a £45 ticket. Within minutes the game was listed as sold out.

Timeline for Brentford vs Chelsea ticket sales in 2021.

Like many clubs, Brentford has a ticket exchange for club members. Getting a ticket from a ticket exchange, in a high-demand situation like this one, means coming back over and over to see what’s available — and then pouncing.

When I got my Brentford-Chelsea ticket, I noticed one ticket for the September 25 Brentford-Liverpool game in the Ticket Exchange. Moments later, it was gone, as well.

As with all clubs, buying a hospitality package is a simple — if sometimes expensive — way to bypass this whole ticket process. You don’t need a membership to buy hospitality, and you can often do it for any game, all season long, from the beginning of the season.

It happens that, with demand what it is, Brentford’s hospitality options are sold out for the year. But with many clubs, like Liverpool, buying one of these gets you loyalty points, which moves you up the ticket line. Of course, you need a membership to accrue loyalty points! That’s an excellent strategy for getting Liverpool tickets.

If you want to see Brentford in the Premier League at their amazing new stadium, here’s the process.

Stream the Premier League Live in the US

Looking to see a Premier League game — at some place other than Brentford 🙂? Fill out this form, and we’ll get back to you shortly.